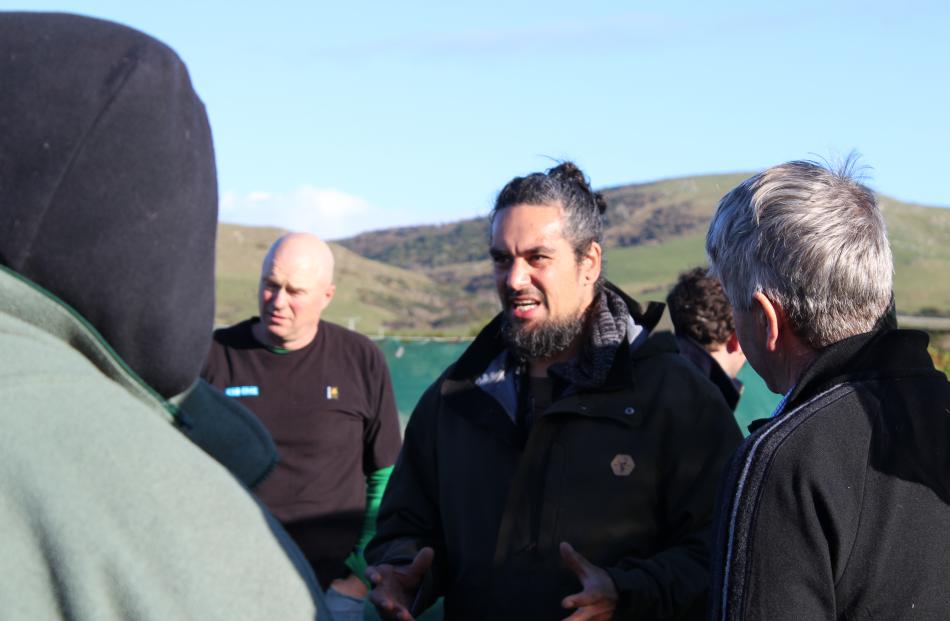 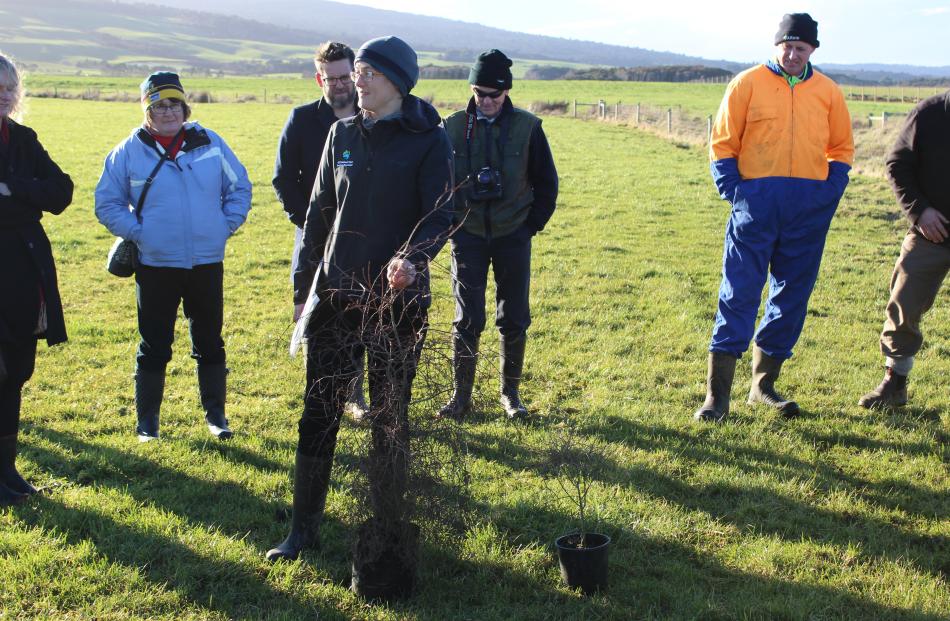 Jesse Bythell, from Biosis Biological Surveys and Monitoring, talks to people about the different types of trees and shrubs that can be planted along rivers. 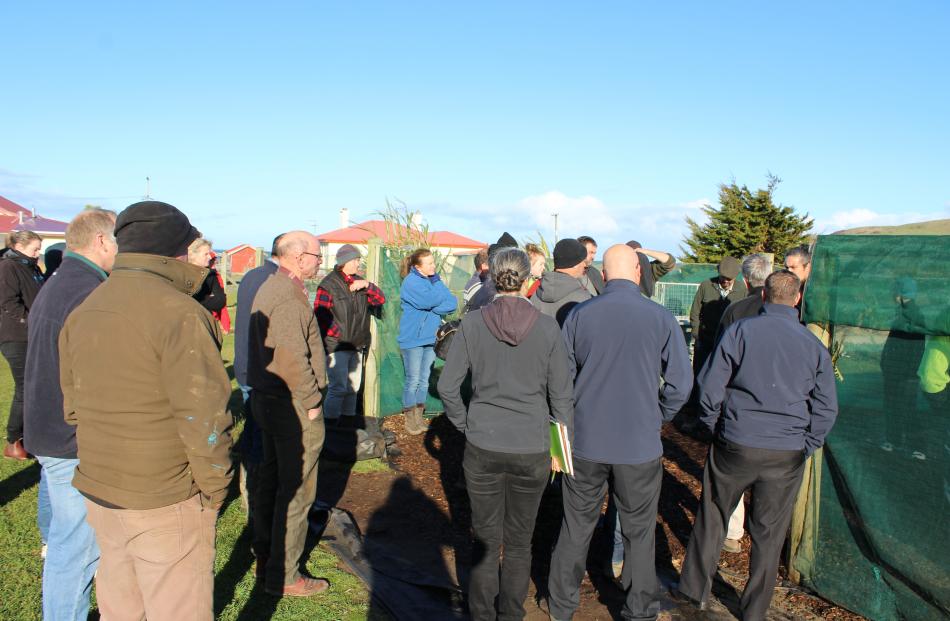 The Pourakino Catchment Group and local iwi are putting a game plan in place for increasing plantings and improving water quality in the catchment by working together.

The group hosted a field day at Oraka Aparima Runaka marae recently, talking about the nursery run by the marae and how the two groups would work together to grow and plant trees in the catchment.

The group saw itself as a driver of change in Southland, as one of the earliest formed catchment groups in the region.

About 40 people attended the field day, which visited the marae and the nursery being established by the marae.

Group member Ewen Mathieson said it had been a vision for a while to have the iwi and the catchment group working together.

''I've always considered the process around water quality as not just about the environment, but social and economic [aspects] as well.''

Oraka Aparima Runaka member Jade Maguire, who is running the nursery, spoke to field day attendees about his work so far in establishing the nursery.

While the shell had been there for some time, it was run down and Mr Maguire set to work on fixing up the outside so he could begin his work. At present, he was trying to work out what watering system would be best for the nursery.

He saw working with the catchment group as a huge opportunity and believed they could play a part in rejuvenating the forests in the area, he said.

The group would buy the plants from the nursery, meaning friendships would be formed and discussions held about values and what the community wanted in the catchment.

Chris Mangion, from C.P.M. Environmental Tapui Ltd, and Jesse Bythell, from Biosis Biological Surveys and Monitoring, spoke about biodiversity and plantings in the Pourakino catchment.

Miss Bythell talked about how special the Pourakino River was and how it would be an ideal candidate for ecological restoration.

It retained many values and model characteristics, from the way it flowed in some areas through to it still having a lot of its natural vegetation, she said.

Miss Bythell said she was originally from Christchurch and moved to Southland. It was during a trip to Mores Reserve and seeing the tui that she realised how much biodiversity there was left in Southland.

The Pourakino was the perfect opportunity to have vegetation all the way alongside it, from the headwaters to the sea, she said.

There were many reasons why planting vegetation along river margins was a good idea, including how it looked and how it attracted natural wildlife, she said.

''But the key reason is it holds the riverbank there. Good riparian species help to keep the sediment in the right place, keeping the bank in place and helping the biodiversity.''

Mr Mangion talked about how there was a lot more to riparian planting than just going and buying some plants, as a lot of planning was involved as well.

He added how biodiversity was great but it could not all be planted at once, and the right species needed to be planted first to create a protective habitat.

''The first stage is crucial; the whole process needs to be thought about and planned.''

He encouraged people to think small, taking on a small project first and ensuring it worked well, and to remember there was maintenance work involved and there was a cost.