Dunedin vet's new challenge not what she expected 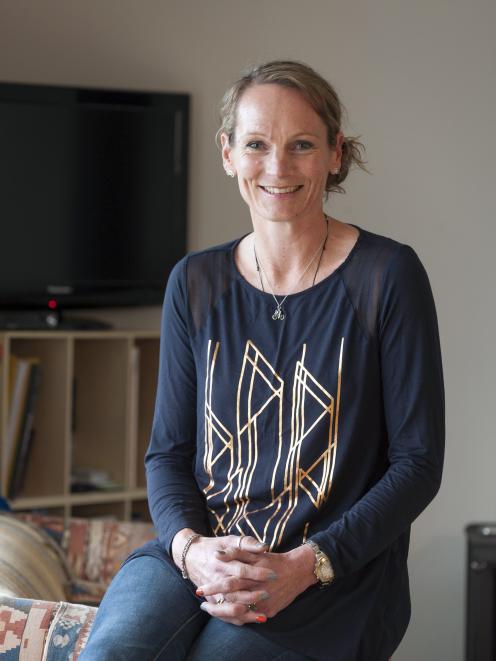 When Helen Beattie's father suggested she become a veterinarian, little did she know the twists and turns her career would eventually take.

To take up the new role she will leave her current job at SPCA Otago, where she is director of animal welfare and a warranted animal welfare inspector, early next month.

It might be a far cry from where the young veterinary graduate thought she would most likely end up, but she is excited about starting her ''dream job''.

Brought up on Patearoa Station in Maniototo, Dr Beattie was unsure of her career aspirations when she headed off to boarding school.

Each year, pupils had to fill in their top three career ideas and she was always at a loss as to what to write down. Her father solved that dilemma.

''After two years of not filling in the form very well, I remember having this discussion with dad about not knowing what to write and dad said, 'I always thought you'd be a vet'.

'' I thought it was such a good idea, I latched on to it. It completely resonated. He sowed that seed and I was just focused on that from then on,'' she said.

After graduating from Massey University, Dr Beattie moved to Oamaru for a job with what was then North Otago Veterinary Services.

Coincidentally, her grandfather was very good friends with legendary Oamaru vet Alan Pratt who, during his years in the profession, was the only vet serving the vast area between Palmerston, Waimate and Wanaka.

Mr Pratt would often be there when she visited her grandfather in Oamaru and would regale them with stories, using colourful language, from his career ''back in the day''.

Given her own rural upbringing, the new graduate imagined a mixed animal practice would be her own career.

From Oamaru, she headed overseas for a stint working on the foot-and-mouth disease (FMD) response in the United Kingdom.

The 2001 outbreak caused a crisis in British agriculture and tourism, with millions of cattle and sheep killed in an eventually successful attempt to halt the disease and secure export markets once again.

Dr Beattie arrived towards the tail-end of the outbreak and was in the unusual position that most of her FMD experience was positive.

As well as helping kill many sheep, she also stayed on to help with the restocking phase - putting stock back on to farms. It was an incredible experience to be part of, ''despite all its heinousness''.

Returning to practise in Dunedin, she eventually ended up working on a part-time contract for Otago Polytechnic and carrying out locum work at the same time.

When the balance increasingly shifted to the polytechnic, she gave away locum work and ended up managing the polytechnic's full-time veterinary nursing programme.

Having been an employer, she thought she had been a ''pretty good and empathetic boss'' to the allied professionals, including veterinary nurses, in the practice.

But after becoming involved with the polytechnic, she gained a much greater understanding of their importance.

She became a ''passionate advocate'' for them, spreading the word about how critical they are to the profession.

Describing herself as a reasonably flexible person, Dr Beattie's ''have a go'' approach led to her taking on the SPCA role.

It had been a very full-on, challenging, diverse and hugely rewarding position and it was with much sadness that she was leaving.

However, when she saw the NZVA chief veterinary officer position advertised, she read the job description and decided it was her dream job.

''It ticks so many boxes that are what I want to do,'' she said.

Dr Beattie is following on from Dr Callum Irvine, who has been head of veterinary services for just over three years.

She expects the position will be very challenging, particularly because of the standard Dr Irvine set.

''He's very, very well thought of from inside and outside the profession. He's done a fabulous job,'' she said.

The role includes giving support and pastoral care for NZVA members, engaging with industry partners and generally being a conduit between the organisation's membership and other areas where NZVA needs to have a voice.

While the NZVA's base is in Wellington, Dr Beattie and her family intend staying in Dunedin.

The logistics of the full-time job, family and cycling would also be challenging but she was a very organised person, she said.

While it was a busy lifestyle - ''I don't have a lot of empty hours in my day, generally'' - she got bored when she was not busy. Away from work, she was a keen competitive cyclist, a sport providing good ''head space''.

Reflecting on her career to date, Dr Beattie said she had been ''so incredibly fortunate'' with the opportunities and skills which had come her way.

Having been brought up in the country, she was comfortable with the rural environment and rode and competed horses for years.

Her work at the SPCA meant she was fairly au fait with the Animal Welfare Act and she had been involved in education.

It had become evident quite early on that her early predictions of being a mixed practice vet were not that accurate.

''I'm not quite sure how it all happened. It's certainly completely and utterly not what I thought when my dad told me I should be a vet when I was 14,'' she said, laughing.