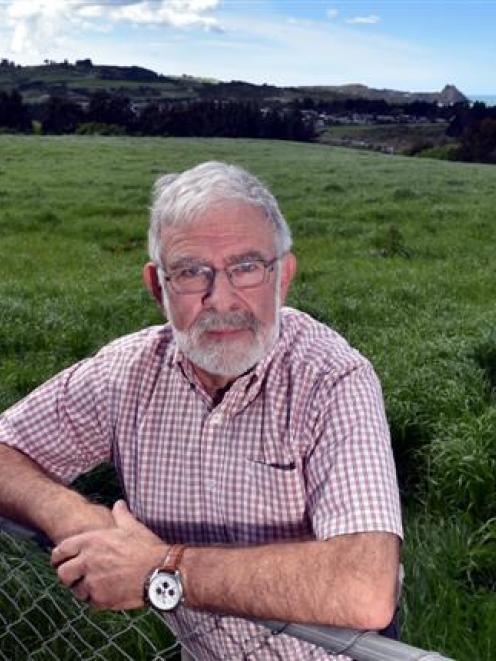 Saddle Hill property owner Tony Devereux wants the city's rural landowners to understand the 2GP. PHOTO: PETER MCINTOSH
The 1600-page second generation district plan (2GP) is a heavy document whichever way you look at it, but its spring arrival has made it particularly cumbersome for Dunedin's farmers, a rural landowner says.

Saddle Hill resident and retired solicitor Tony Devereux said he had nothing but praise for the 2GP planners working to explain the plan to landowners, but it was important rural people in particular used that service.

Spring was hectic for farmers, so the timing of the 2GP's public consultation might have left it in the too-hard basket for many, Mr Devereux said.

''This plan arrived at the busiest time in the farming year. And the change in the rural zones was not notified personally, to individual farmers, by letters.

''The effect of that is that many in the rural community will not be aware of the dramatic changes to the subdivision rules applying to their properties.''

That change limited the minimum size rural land could be subdivided into from 15ha at present, to between 25ha and 100ha, depending on where the land was.

Although owners of ''hazard 2'' land had received written notifications of the proposed changes, those landowners needed to follow the letters up with ''a visit to the [George St] DCC 2GP office so as to clarify their particular circumstances, and the new limits that will be placed on them''.

''Hazard 2'' zones came with many limits to what development could occur on that land, he said.

People whose land was now in a ''hazard 2'' zone but had previously acquired a geological report for their land when building a dwelling ''should be submitting to have their property excluded'' from the hazard zone, he said.

That was because the ''hazard 2'' zones and the setting of their boundaries had been done as a ''catch-all, because of the imprecision of the mapping available to the ORC [Otago Regional Council] consultants who prepared the maps which the DCC has now adopted'', Mr Devereux said.

''All farmers should be making inquiries.''

Mr Devereux said the need to understand and challenge aspects of the 2GP was not a criticism of the council staff behind it.

''My personal experience with the 2GP planners in the George St office is that they are particularly helpful.''