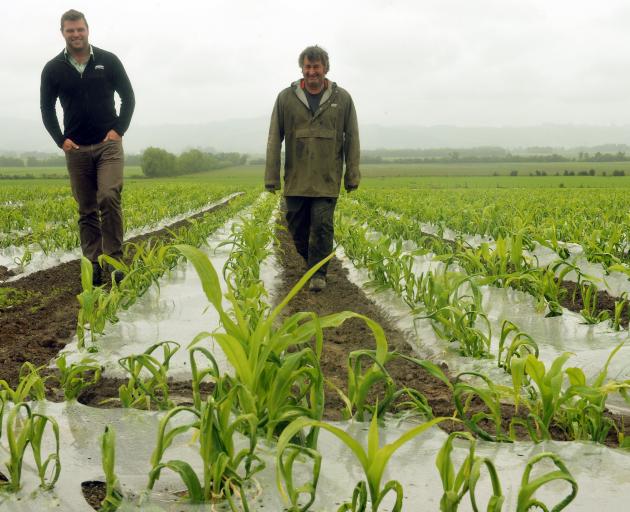 That is because it has been planted using a biodegradable film that creates a greenhouse effect for the young plants.

The Samco system, owned by Pioneer, had been in New Zealand for a few years. Mr Michelle was the only farmer to use it on the Taieri this year although the system was increasingly being talked about, Farmlands technical field officer Kieran Fowler said.

In a single pass, the Samco  planting machine planted the maize seed, applied a pre-emergent herbicide and laid the biodegradable film.

The film kept the young seedlings in a warm and humid environment for four to six weeks, protecting them from late frosts and adverse weather while conserving soil moisture. Gradually, the plants broke through the film.

This was the second year Mr Michelle has used the system. The yield last year was down a little on what he had hoped for after cold weather in late January hindered development but it was still very economic, he said.

A third-generation farmer, Mr Michelle said he liked to "keep up with the times". While this year’s 6.4ha crop was doing well, it needed some more sun. He hoped to harvest the maize in mid to late March.