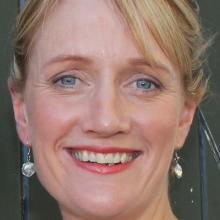 Jane Smith.
When Jane Smith headed to the Global Farmer Roundtable discussion in Iowa earlier this month, she was not sure what she should expect.

But it turned out to be an "amazing' character-building trip for the North Otago farmer who was the sole representative from New Zealand.

The Global Farmer Network is a non-profit advocacy group led by farmers from around the world who support global expansion of trade and a farmer’s freedom to access the technology they need to be productive and sustainable.

Although there was an agricultural professor as a moderator, once the dialogue started it "flowed", Mrs Smith said. A diverse range of countries were represented but the issues were very similar among the themes coming through, she said.

Media and other observers attended, including the president of the World Bank, the World Food Prize laureate and various ambassadors, commissioners, secretaries of agriculture, professors of agriculture and scholars.

Key lessons for Mrs Smith included how essential trade was, that advocacy was crucial — no matter what sort of political barriers there were to farming operations, farmers’ voices count — and the need for New Zealand to take a position on GM.

As a country, New Zealand was "sitting on the fence" over GM and while she did not have a view either way, she believed a position should be taken and the gains captured.

At the moment, it was  getting neither the efficiencies from GM, nor the premiums for being GM-free, she said.