Keeper has honey of a job 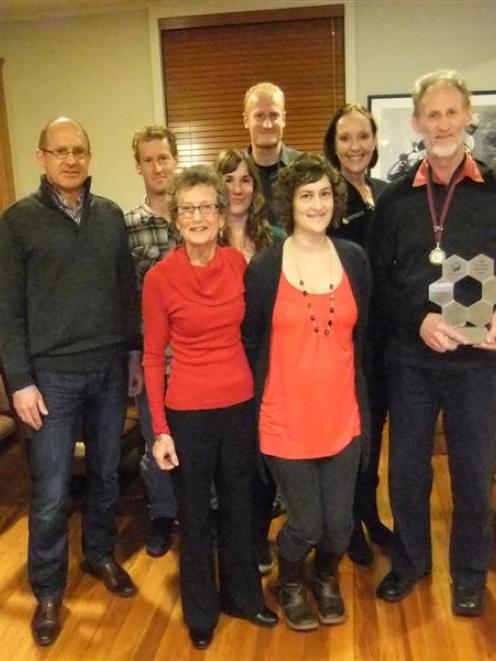 A qualified builder, Mr Wood has no regrets about entering the honey industry when he gave a beekeeping friend a hand.

It was during the recession in the 1980s, the building industry was "not good" and switching to beekeeping was not a hard decision to make.

A keen outdoors person, he knew the lifestyle would suit him.

The awards were launched to raise awareness of New Zealand's monofloral honeys, made predominantly from one single nectar source.

Lindis Honey won the award for a southern kamihi honey, which judge Maureen Maxwell described as a "superb example".

"This year's harvest has produced a pale, delicately coloured honey of subtle musk aroma. Its flavour is rich, lusciously sweet with a melt in the mouth buttery texture."

The award-winning honeys will be available as limited edition gold and silver packs in Foodstuffs supermarkets throughout the South Island from early October.

With 120 sites accommodating 3000-odd hives around the Lindis Pass, Cromwell, Clyde and Bannockburn areas, as well as on the West Coast, Lindis Honey produces an average of 140 tonnes of honey each year.

Most is sold under the Airborne Honey label.

Beekeeping was a great lifestyle and there was huge variety every day - but it was not without its challenges, Mr Wood said.

Weather affected beekeeping more than any other farming sector, he said.

He stressed the importance of bees - not just for honey production but for pollination.

Without bees, there would be a "massive" drop in food production.

.The National Beekeepers' Association plans to work alongside the Government to assess how it can better prepare for and respond to biosecurity risks that threaten beekeepers.

The NBA has agreed to sign a memorandum of understanding with the Ministry for Primary Industries while it looks into the Government Industry Agreement.