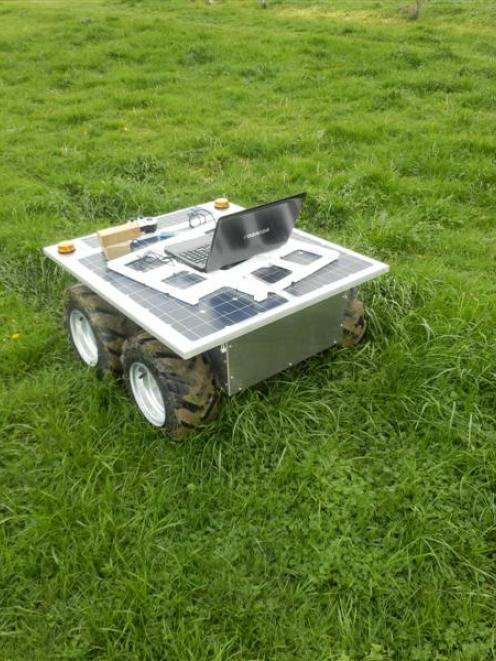 The Agri-Rover.
The home-grown farm paddock version of Nasa's Mars rover - the Agri-Rover - is being developed for use on the farm.

''If they can put a rover that far away on Mars, why can't we put one on the paddock on the farm?'' Dr Manderson said. After securing $20,000 funding they looked at what was being developed in robotic technology .

''Most of it was expensive and not suitable for farming.

''Overseas it [robotics] is very big, particularly in cropping and it is starting to permeate into New Zealand agriculture.

''We've come a long way since then, and have had a functional rover out in the paddock since April.''

The concept is for an small, fully-autonomous, all-weather rover that will automatically undertake multiple tasks around farms day and night, deploy from a central base station, independently navigate to a paddock, go under two-wire fences and gates, slowly but progressively traverse the paddock while taking measurements and treating urine patches, then automatically return to the base station for recharging and further deployment. He said they wanted a medium-sized robot, similar in dimensions to a ride-on lawnmower and had the same ground coverage as a 4WD.

''It's designed to be easy to operate, and will report results as needed to a cellphone or computer.

''It quietly goes about its tasks without creating extra jobs for the farmer with next to no direct input from the farmer.'' 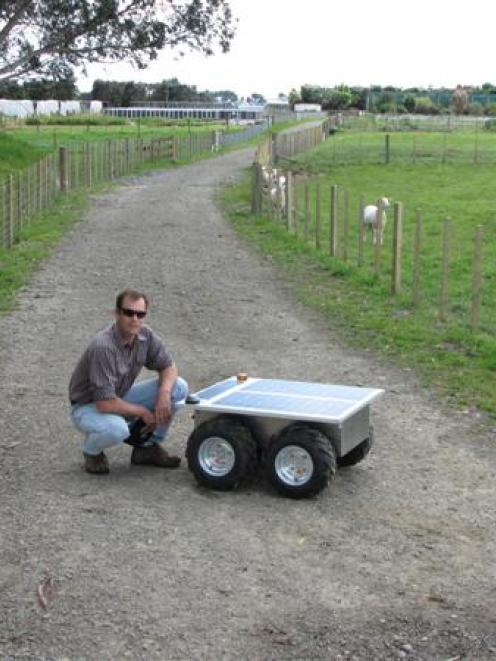 A team from AgResearch and Lincoln University, led by Dr Andrew Manderson, pictured, has developed an on-farm robot, Agri-Rover, based on Nasa's Mars rover. Photo by AgResearch.
He said the remote-controlled unit was robust enough to fall off the back of the scientists' ute without damage.

''Always in the back of our mind was keeping it affordable, which is often a sticking point with new farm technologies. We are also interested in measuring soil and pasture conditions and collecting information for farmers,'' Dr Manderson said.

He also noted they were also looking at the robot being able to identify particular weeds and urine patches and treating them.

''First and foremost is to equip the rover for pasture measurement, to provide real-time feedback on paddock covers, feed wedges, and possibly even pasture quality. ''This is all about quick, accurate information for real-time decision-making, without having to spend any time collecting it.

The Agri-Rover is a battery- and solar-powered unit, running four 240-volt gear motors that moves at about 5kmh, goes up and down 15- to 20-degree slopes, and ''spins on a dime''. They are looking for feedback from farmers and will be taking it to discussion groups for members' input.

''At this stage it is collecting information, not replacing workers.''

He said he expected it to be available in five to 10 years' time.

There were many possibilities for the rover, and hopefully the list of tasks will grow as the group gets more feedback from industry.