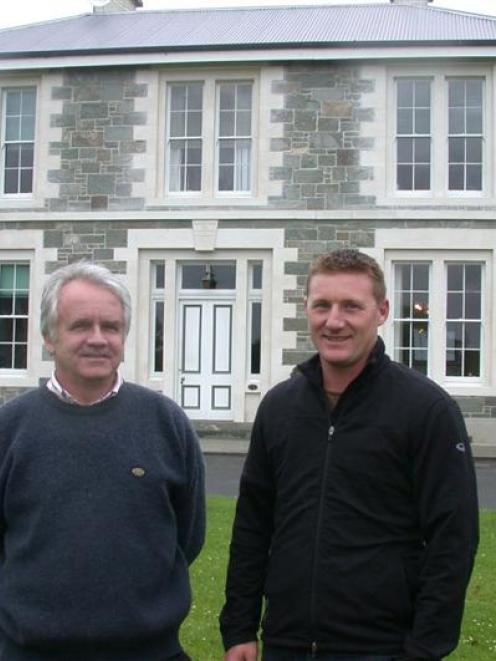 Lincoln University Vice-chancellor Roger Field and Telford Polytechnic chief executive Jonathan Walmisley are both promising business as usual following the merger, but it could have been very different.

Mr Walmisley said the tertiary education strategy changed the way courses such as those offered at Telford Polytechnic were funded, which over time could have cut funding by 30% to 50%, with the money redirected to other areas of tertiary education and centres with larger populations.

"You start combining all those sorts of things, and there is a real threat of reduced funding, not only to Telford but also to agriculture," he said.

The Telford farm, which is owned by the Telford Farm Training Institute, is not included in the merger, but both Mr Walmisley and Prof Field say it will benefit, as will the Otago and Southland farming communities, from technology transfer and the extension of research generated by Lincoln.

Mr Walmisley said the merger agreement guaranteed the retention of the Telford campus, and set a floor of about 750 effective full-time students.

"You are not going to see any difference to what we deliver on campus next year. Our diploma and certificate courses will continue to be delivered in 2011 and are likely to continue beyond then," he said.

Lincoln's common seal will replace that of Telford's on course certificates, signs on campus will be altered and students will be Lincoln graduates.

Mr Walmisley said Telford would benefit by tapping in to Lincoln's international network and the possibility of attracting overseas students, and also through relationships with New Zealand companies that have invested in rural businesses overseas and may need to train staff. It will also allow for the easy exchange of students between courses offered at Lincoln and Telford.

Staff have been offered employment at similar or better conditions than they had previously and Mr Walmisley said staffing numbers should remain at the 50 who work at Balclutha and nearly 60 who work throughout the country.

The polytechnic has 120 students on campus and another 1200 part-time or enrolled for short courses around New Zealand, such as FarmSafe courses or, as in Kaitaia, where 18 students are taking a beekeeping course.

Mr Walmisley described the merger as another stage in the institute's development. Its initial role was a training provider, then a polytechnic and now a division of a university.

"Philosophically, I have believed in it for a long time. I also believe to be a good agricultural training institution, you need to have access to a top commercial farm."

The managing director of Telford Farm, Ian Knowles, said local farmers and scientists and students would benefit from access to research generated by Lincoln, which could include farm involvement in research trials.

Telford farms have dairy, deer, sheep and beef and dairy support operations, and Mr Knowles said the contrast of climate and soil with Canterbury offered Lincoln another research dimension.

"I don't see anything negative. I can see how joining research and training must be an advantage to us."

Prof Field said opportunities arising from allowing students to shift courses between Telford and Lincoln, from research alliances with AgResearch and Dairy NZ, and access to funding through Primary Growth Partnership, could benefit students, farmers and agriculture in general.

"I would expect that when we have done all the changes, the combined institutions will be able to engage extensively with farmers and industry that need support and results from the research Lincoln University is doing."

He said Telford's sub-degree level courses would continue, but would require some modification, as required by the Tertiary Education Strategy.

Students, farming leaders and those that employed Telford graduates would be consulted about any changes.

Telford Rural Polytechnic began in 1964 as the Telford Farm Training Institute, after a push by a group of South Otago people to establish a farm training facility in the area.

It did not receive any government assistance and was established on its present site, 880ha of land made available by the family of William Telford.

In 1974 a partnership was formed between the institute's board and the Ministry of Agriculture and Fisheries, as it was then, where the board was responsible for the farms and Maf for delivering the education.

The Ministry of Education took over that role from Maf in 1989.

In February 1991, Telford became a polytechnic with an elected council to operate the campus and and educational facilities alongside the board.

The farm remains owned by the Telford Farm Training Institute and by agreement is made accessible to the students for practical farming experience.

Its farm, which managers aim to make one of the top producing properties in the area, is split into sheep, dairy and deer units, which are run commercially.