More to farming than gumboots 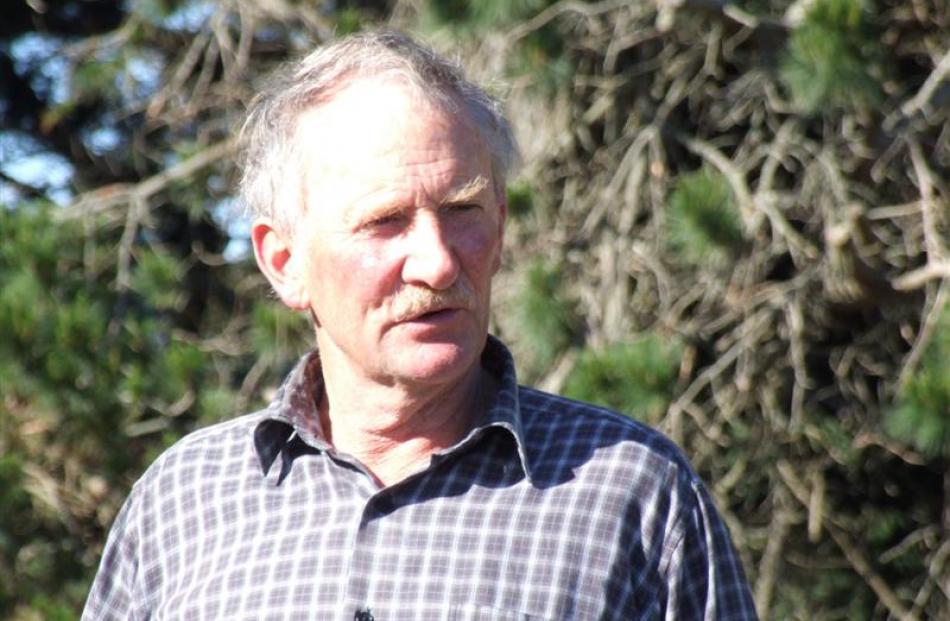 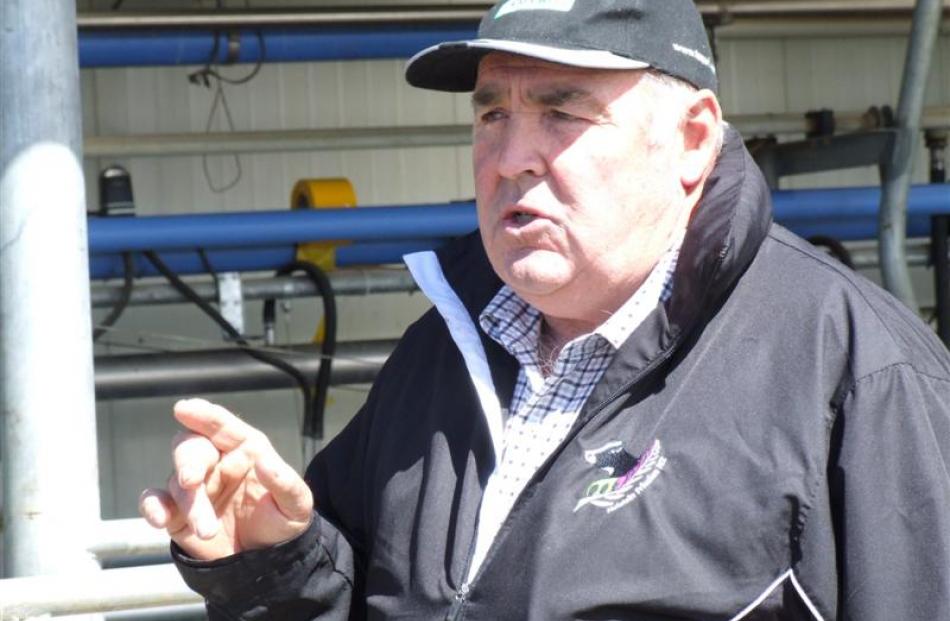 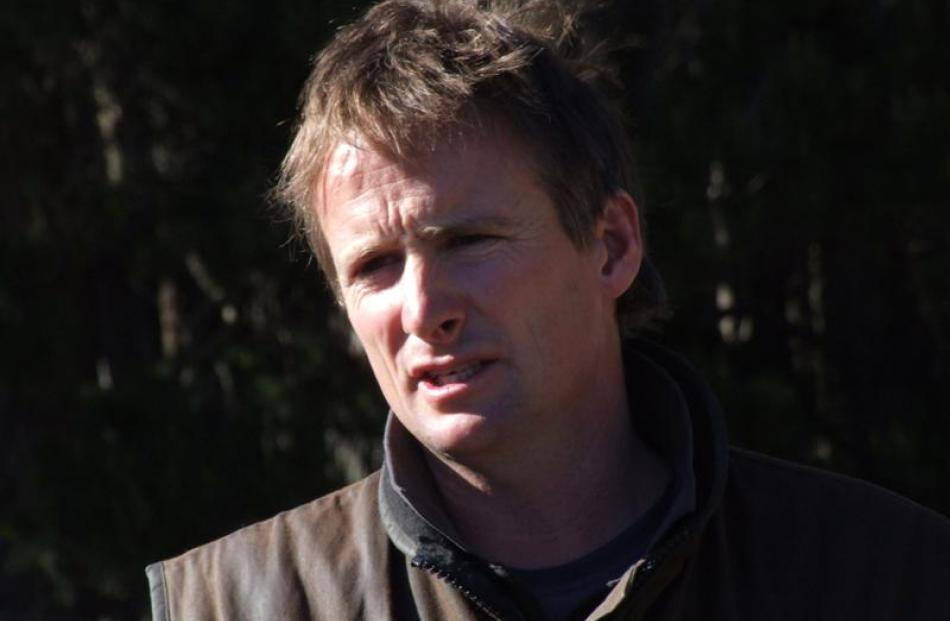 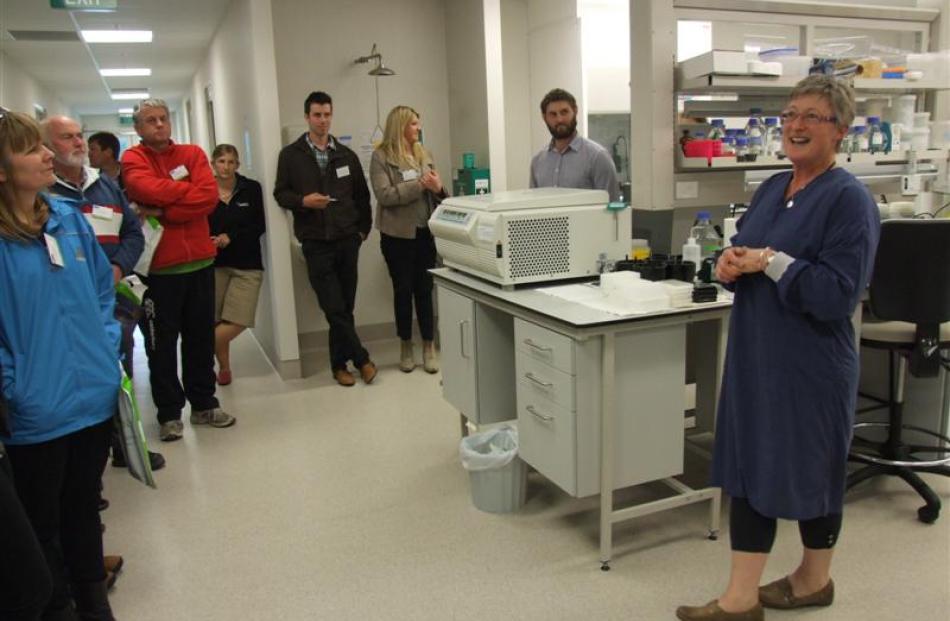 Lab technician Nicky Cassie explains the workings of a laboratory at Invermay.

A Teacher's Day Out was held in Otago last week, organised by New Zealand Young Farmers' Get Ahead programme.

It highlighted to secondary school teachers the vast range of opportunities the primary sector affords school-leavers. Agribusiness reporter Sally Rae went along on the bus trip.

That's what East Otago farmer Jim Lawson recalls during his early years on the sheep and beef farm, as he holds his smartphone in the sheep yards of the family property, Moana, while son Rob demonstrates weighing hoggets through an auto-drafter.

Mr Lawson recalled the days when telephone calls to the likes of stock agents had to be made at night.

Now people had mobile phones with them all the time. When out mustering, he could ring Rob or younger son Willie across a gully.

And that was just the tip of the iceberg. There were ''so many other things'' that farmers could do with technology.

When it came to livestock farming, data collection was probably No 1. ''There's so much information you've got at your fingertips now,'' he said.

At a forthcoming field day at Moana, a drone would be on display and Mr Lawson could imagine, ''in years to come'' sending a drone out to the back-blocks, a far cry from when horses were used as transport.

Rob Lawson described the changes in farming, particularly over the past five to 10 years, as a ''technological explosion''.

The type of graduates needed and the work in the sector were very different from what they used to be and there were so many different opportunities, he said.

It's an incredible way to make progress,'' he said.

The Aitken family have two dairy farms on the Taieri, along with a run-off block at Middlemarch, and it was a ''$25 million plus'' operation.

When it came to those who succeeded in the industry, it all came down to attitude: a willingness to learn, ask questions and ''do the work'', Mr Aitken said.

For those with the right attitude - and they did not have to come from a farming background - there were ''wonderful opportunities to go places''.

While the starting level was putting cups on cows, that was where they learned.''

Sure, early hours may not be hospitable for some but, you must remember, if you're not up by 5 in the morning, you've missed the best part of the day,'' he said.

After two or three years of dairy farming and learning the basics, there were opportunities to either continue farming or get into other related roles such as research, agronomy, artificial breeding technicians, veterinary nursing, milking machine technicians or tanker drivers.

Reasonable competency in mathematics and literacy were required, along with some computer skills.''

We want the top 25% of your pupils who have got those skills,'' Mr Aitken told the group of teachers.

Brought up in the middle of Auckland, Adam Caldwell, now project manager for the Get Ahead programme, had no contact with agriculture apart from doing some work on a sheep farm ''every now and then''.''

I'd just break the tractor and let the sheep out,'' he quipped.

But he ended up at Lincoln University, doing an agricultural commerce degree. Practical work in the holidays came as a ''bit of a culture shock'' when he was getting up at 4am on a dairy farm.

After completing his studies, he went to a herd manager's role on a dairy farm. That year, he entered the New Zealand Dairy Industry Awards and won the Canterbury-North Otago dairy trainee of the year, while his boss won the national farm manager of the year title.

After working on a dairy farm at Dunsandel as a 2IC, he got a role with Lincoln doing research on the university's dairy farm.

He started work recently with Get Ahead and was now involved in farming in an event management capacity.

Agriculture was not pushed as an option by Ms Magazinovic's secondary school careers adviser and she did not know what she wanted to do when she left school.

A keen horsewoman, she spent a day on the road with her vet, enjoyed it, and ended up at Massey University, initially studying veterinary science.

But once there, she decided that it was not the career for her. She went to a careers adviser in Hamilton who suggested she look at agriculture.

She did not know much about it, other than the agriculture students at Massey ''seemed good sorts'' and it sounded like fun. Two weeks into the course she decided it was for her.

She lacked practical skills, so she spent a summer milking cows, worked as a research technician, groomed for a dressage rider and ''did all sorts of stuff'', while also studying.

She has worked for Ballance for about three and a-half years and lives near Middlemarch. Her role was a ''pretty enjoyable job'', she said.

Marketer Becky Campbell, who grew up on a sheep and deer farm in Southland, loved being involved on the farm but, when she left school, she did not know whether she wanted to be a farmer or what other opportunities there were for her.

She started studying law at the University of Otago and took marketing as interest papers.

She found she enjoyed that more than law and graduated in 2007 with a commerce degree, with honours in marketing.

She joined Silver Fern Farms, as part of its graduate programme, working initially in the beef sales team, where she was managing sales to Hong Kong, China, Taiwan and several United States accounts.

Ms Campbell has since left Silver Fern Farms to go out on her own, working with predominantly agricultural companies.

Marketing was such a broad discipline and she loved the variety. She also felt ''really proud'' to be working in that space.

New Zealand agriculture was the backbone of the country and it was nice to stay connected to that without being an actual farmer, she said.

At AgResearch's Invermay site, Genomnz team leader Ed Styles said a science career in the primary sector in New Zealand provided opportunities to ''be a leader in your field''.

Genomnz was an animal testing laboratory which provided parentage tests, single-gene tests for defects or production traits, and genomic tests, with the aim of improved productivity through genetics gain.

Originally from Masterton, Mr Styles came south to study zoology at the University of Otago. He initially joined AgResearch as an animal genetics technician.

While he did not come from an agricultural background, he had forged a successful career in the industry, he said.

There was huge diversity in science projects and so many other off-farm roles in the sector, he said.

Colin Brown, who founded award-winning Mosgiel-based company TracMap in 2005 after identifying a gap in the market for an easy-to-use GPS guidance and mapping system, was told by a teacher at school that he should not go to Lincoln, as he was ''too smart''.

But if he had not gone to Lincoln and studied agricultural science and subsequently gone farming before moving into other things, TracMap would not exist today, he said.

There were lots of opportunities for people to create businesses like TracMap but, to do that, they needed to start with a good education.''

We need smart people,'' he said.

People like him were opening up opportunities for careers in ''a whole lot of areas'' that formerly did not exist. In 10 or 20 years time, technology would be used that ''we haven't even envisaged''.

Dr Anna Campbell, from AbacusBio, said agriculture and agribusiness was a ''very exciting place'' for young science graduates to end up.

Ten, or even five years ago, agricultural scientists ''certainly weren't valued or really sought-after'', but there had been a major change globally, with some desperate world problems associated with food.

How to grow more food with less water on less land, with creating massive environmental problems, created some huge challenges. But with those challenges came ''lots of excitement'' for young scientists, she said.

Both AbacusBio and also New Zealand, in terms of how it grew its exports, needed people trained in science and technology.

They needed to be open-minded communicators, ''thinkers'', have a passion for solving problems and be willing to ''step off the beaten track'', Dr Campbell said.