Mozzarella plant on track for May start 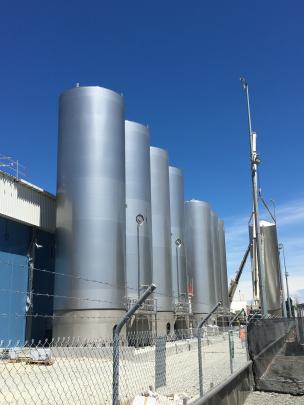 Clandeboye's new mozzarella plant now features 18 silos as part of its development, due for commissioning in May. Photos: Supplied 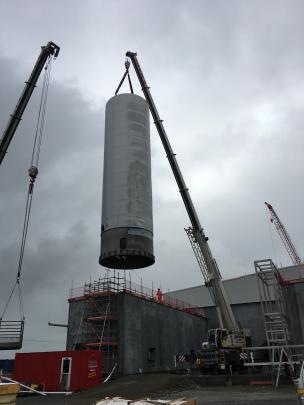 A silo is lifted by crane into position at Fonterra Clandeboye as part of the new mozzarella plant development.

Clandeboye's $240million mozzarella plant is on target for commissioning in May.

The project, which is the third mozzarella plant for Fonterra's Clandeboye site, is three-quarters complete and has already created 75 new jobs.

A further 25 employees will join the team in February.

Clandeboye operations manager Steve McKnight was among those watching progress.

''There's a real buzz in the air on site as we have more people on site and the plant takes shape,'' he said.

''It's great to have a whole lot of people joining the Fonterra family who will help us provide a legacy for the future as we become the largest producer of natural mozzarella in the southern hemisphere.''

That work had included a new pipe bridge, which was almost complete and featured 21km of steel, connecting the new plant with the site.

Eighteen silos were also in place, with one still to be installed.

The silos would be able to hold 1.25million litres of milk, along with other liquids, to support operating requirements.

The Clandeboye site, which would be 30% larger once the new plant was complete, would help meet the needs of 70 different markets around the world.