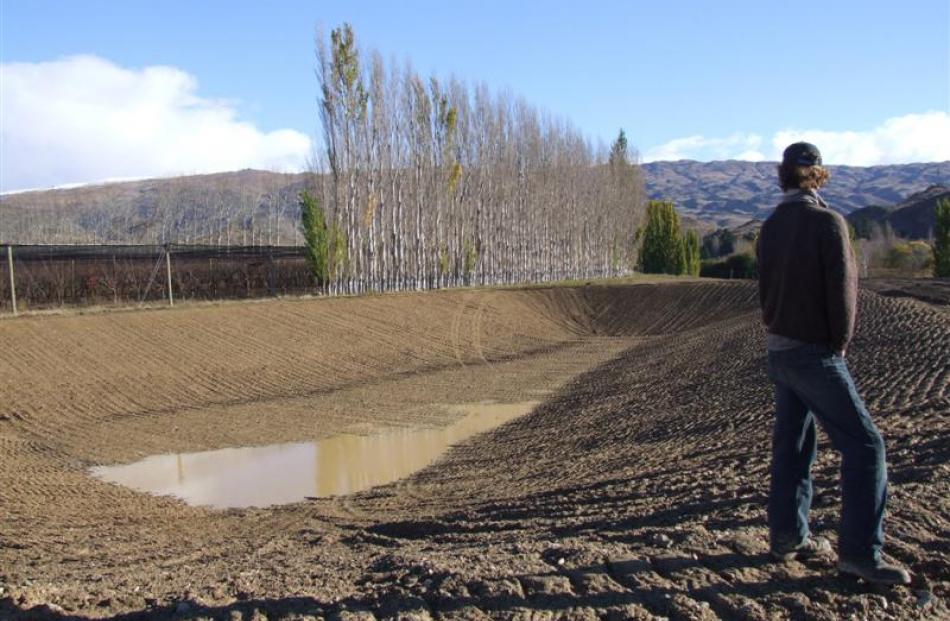 A new dam is being constructed at McIntosh Orchard and it will utilise water from the Earnscleugh irrigation scheme. 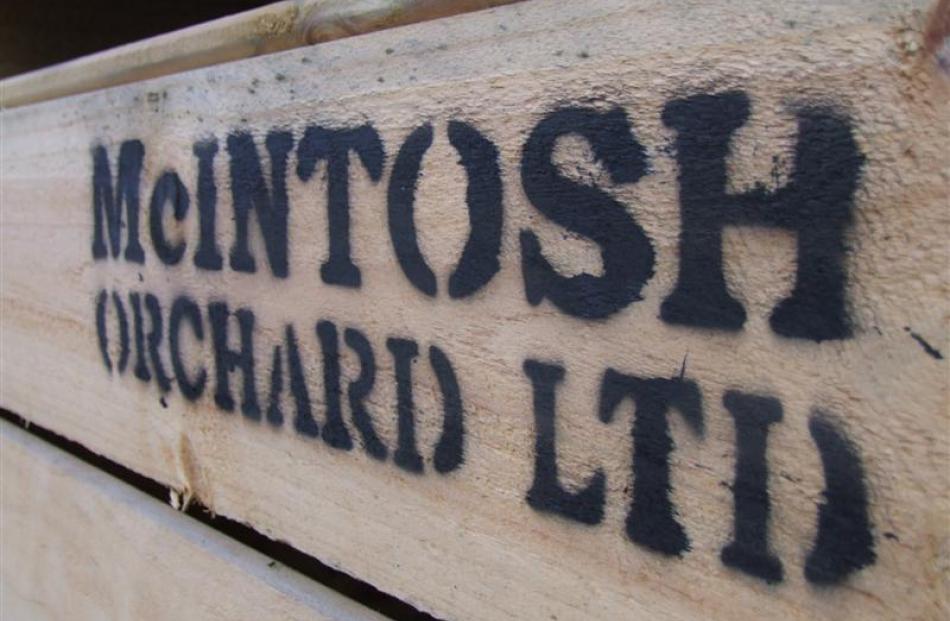 A fruit crate at McIntosh Orchard. 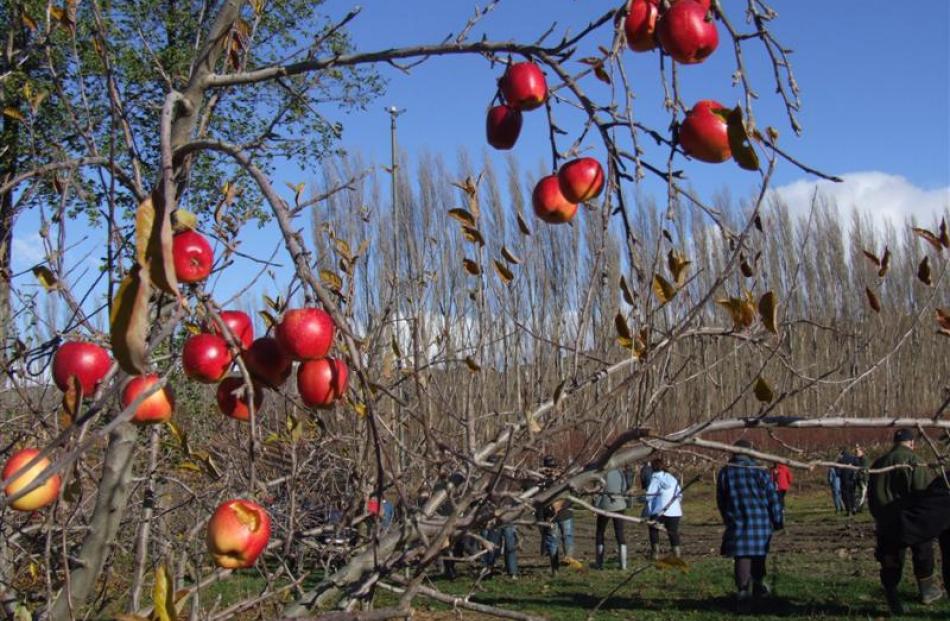 ''Capturing sunlight in a form you can eat.''

That is how Wayne McIntosh describes the fruit produced on his family's award-winning orchard at Earnscleugh, near Alexandra.

Mr McIntosh, who has been managing the orchard for 10 years, was the supreme winner of this year's Otago Ballance Farm Environment Awards and hosted a field day on the property on Wednesday.

The 64ha property has about 34,000 trees producing cherries, peaches, nectarines, apricots, apples and a range of trial fruits.

Judging co-ordinator Judy Miller said there were nine entrants in the Otago competition this year and four properties went through to the final round.

They described McIntosh Orchard as a top producing orchard, with vision and strategy to promote the region and be recognised nationally and internationally.

There was a long-term sustainability focus through management of soil and water resource and wise agrichemical use. Effective risk management was a feature of the business, managing climatic, market, social, business and labour risks.

There was an ''outstanding mix of innovation'' that included and was informed by a multigenerational approach to orcharding in the area.

Mr McIntosh, who will attend the Sustainability Showcase in Christchurch, on June 26, where the winner of the Gordon Stephenson Trophy will be named, encouraged others to enter the competition.

It was very seldom people came in and critically assessed your business and gave constructive feedback, without an owner to pay for it. It was also only rarely that you took the time to look back on your business, he said.

Originally part of Earnscleugh Station, McIntosh Orchard has been in the family since 1881 and it was first established as a cropping farm. Fruit trees were introduced in 1910 and a sheep farm established.

Mr McIntosh's father Stuart said there had been continuously more plantings over the years, as it was either ''get bigger or get out''.

At one time, he ran up to 1200 sheep on the property but, as the emphasis on fruit continued, their numbers reduced and the last of the breeding ewes left the property a few weeks ago.

Wayne McIntosh came home from teaching, travelling and playing rugby in 2004 and entered into partnership with his father and his mother, Sharyn.

The orchard has a permanent staff of eight and employs between 40 and 50 seasonal staff. They supplied 4-5% of the peaches and nectarines sold domestically each year, while cherries accounted for about 40% of their income.

How they had been able to stay in business was a ''real tribute'' to the people who worked for them. Without them, succession and sustainability would not happen, Wayne McIntosh said.

They were surrounded by a very good team, both at the orchard and with other businesses that supported them. Technology had also helped them get to where they needed to be.

Their produce was available throughout the country and offshore markets included China, Europe and the United States.

They had branched out and formed exclusive marketing relationships with select companies to various key export destinations.

The majority of their trees were relatively new plantings and 30% were less than 7 years old. New varieties were being trialled continuously, while established varieties were assessed annually for returns and a cost/benefit analysis.

Continually there was 5% of all production under the banner of ''new market opportunities''.

Mr McIntosh was ''quite excited'' about the future of apples and they had done some expansion into new varieties, including Honeycrisp.

Pipfruit New Zealand director and Ettrick orchardist Stephen Darling, who attended the field day, said Honeycrisp was a fairly new variety and it had very high value in the United States. While orchardists were still learning how to grow them in Otago, he believed they had promise.

Mr McIntosh was also trialling feijoas. Whether they were viable or not, he did not know but it was about ''having a go'' and trying new varieties, which could lengthen the harvest season and utilise resources in the packing house.

He was also looking at Kiwi berries which, again, were an unknown and a challenge.

''In farming and in fruit growing, there's lots of challenges and that's the fun of it,'' he said.

His parents were still living on the property and he was very grateful for the knowledge transfer and support.

He was ''pretty confident'' about the future and was into the business ''boots and all''.

Water was a key factor for growing fruit in the area and all the orchard was under irrigation, half in overhead sprinklers but they were gradually changing to the more effective under-tree system.

The Earnscleugh irrigation scheme, which supplied their water, covered 1100ha and about 119 customers. With water coming from Lake Dunstan, it was a totally reliable supply, Earnscleugh Irrigation director Tony Lepper said.

Mr McIntosh said the use of water was also significant for frost-fighting - the second step after pruning to ensure they had a product to sell.

Their job was to ensure there was fruit on the trees, so they had work for their staff and could maintain sustainability and profitability.

He was very keen to see young people enter the industry and see there was a viable and rewarding career path in horticulture.