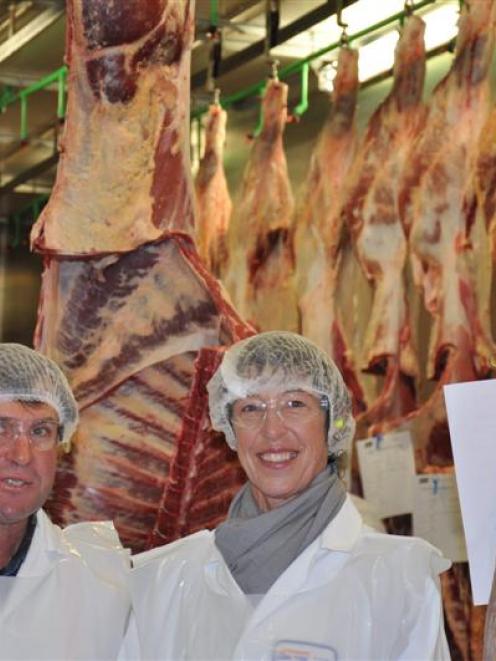 Mr and Mrs Johnstone enjoyed a clean sweep in the intermediate export sections of the competition with their Limousin heifer entries placing first, second and third in both the hoof and hook judging. They also won champion and reserve champion carcass.

Willie and Sharon Muir, from Wyndham, won champion on the hoof with their Limousin cross Montbeliarde Holstein steer and were awarded the Doug Lindsay Memorial Trophy.

Mr and Mrs Muir also received an award for the most valuable animal on the day.

Mr and Mrs Johnstone received an award for owner-bred animal with the highest points and Bob Neill was named best new entrant.