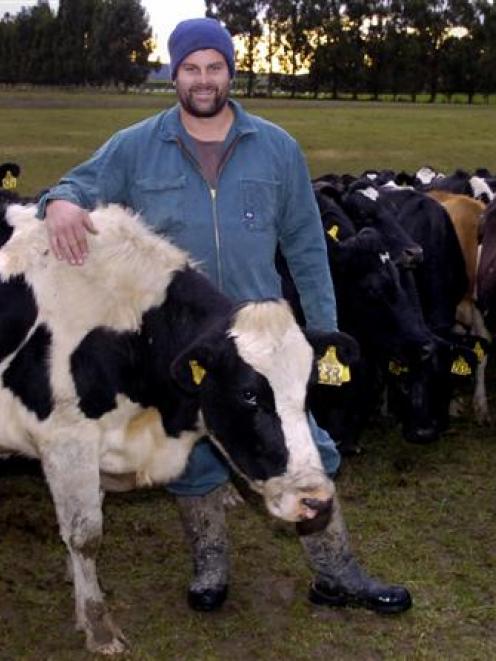 Describing the news as very positive, Mr Ferguson said it was a good time to pay debt back, while the forecast third-highest payout on record for next season "just eases pressure" looking forward a year out.

"We have hit the trifecta for the country - record payout and production for this season and a record opening forecast for next season. There can be no doubt that dairying is the engine that is powering the New Zealand economy." The announcement would be welcomed by farmers, many of whom have had a difficult climate to cope with this season, Mr Couper said.

All farming sectors had been enjoying better returns recently and he had never seen a May which had been quite so exceptional for farming, with "amazing" pasture growth.

While the new season's total figure was down on last season, it was higher than pre-announcement estimates.

That was a positive for the economy with the strong dairy revenues set to support the recovery forecast.

Otago Federated Farmers dairy chairman David Wilson described it as an excellent result. It was a reflection of high commodity prices and it was a good result for both "Fonterra and New Zealand", he said.

BNZ agribusiness head Richard Bowman said the payout would give farming families and businesses a significant opportunity to generate wealth in the long term.

Businesses should carefully consider what to do with cash surpluses, including paying down some debt, investing in the business or saving.

Fonterra chairman Sir Henry van der Heyden said the opening forecast for 2011-12 reflected a realistic outlook by the board.

In the current season, farmers had benefited from sharply higher commodity prices due to improved world demand for dairy products. Commodity prices had been close to record levels.

Although market prices and exchange rates would still yield a milk price similar to this season's, recent months have been characterised by a softening in commodity prices and continued strength in the New Zealand dollar. As commodities were mostly sold in US dollars, a higher exchange rate hit the milk price, Sir Henry said.