Perfect country for sheep, paradise for rabbits too... 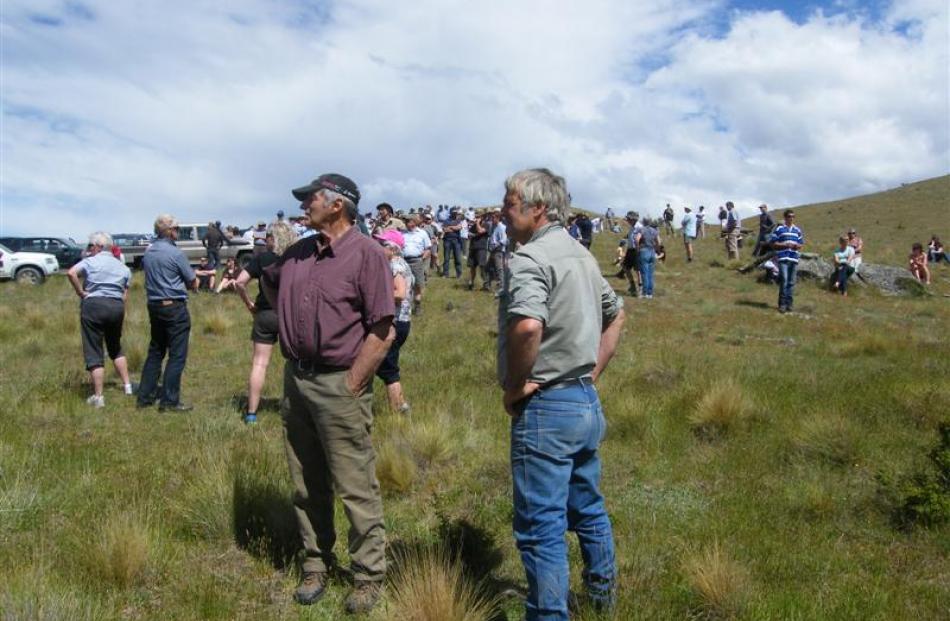 Some of the about 300 attendees of a field day at Earnscleugh Station look over the area in the high country above Clyde. 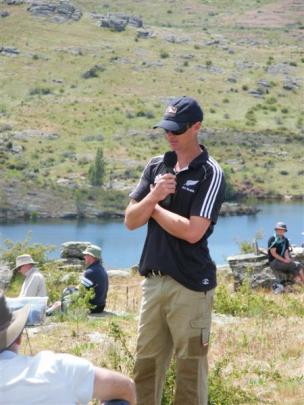 Duncan Campbell speaks during a lunch break to the about 300 people who attended a field day at Earnscleugh Station last month. 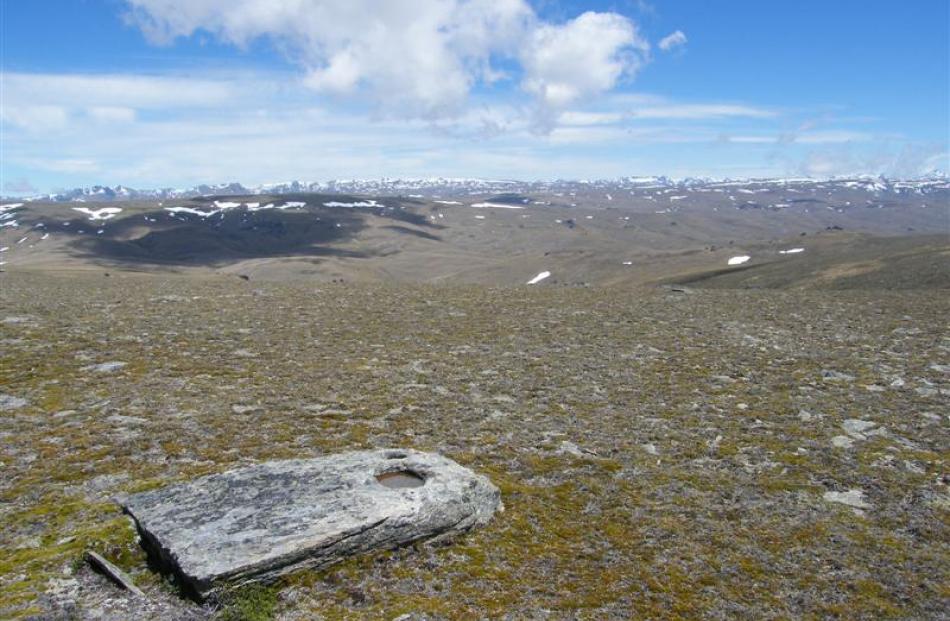 A view of the Kopuwai conservation area above Earnscleugh Station. Photos by Timothy Brown.

The story of Earnscleugh Station was told at a field day at the property last month. Reporter Timothy Brown went along to hear how a rabbit-plagued desert was transformed into an award-winning showcase of farm management.

The station rises from 170m above sea level to 1850m, and has bitterly cold winters and hot dry summers - perfect sheep country.

Unfortunately for the Campbells - the owners of the station - it is also perfect rabbit country.

''We definitely wouldn't be here without our rabbiters,'' Alistair Campbell told the about 300 people who attended a field day at the station last month.

That strife occurred from the mid-1980s to mid-1990s, when rabbits plagued the countryside and the future of the station was in doubt.

Mr Campbell and his wife, Judith, with the help of financial backers, bought the property in 1981 and set about developing it.

During the first two years of ownership more than 100km of fencing was installed and stock numbers rose from 15,000 units to 22,000 units, he said.

However, the success was short-lived and the effect of rabbits brought stock numbers back down to 15,000.

Otago Regional Council director of regional services Jeff Donaldson said ''rabbits have always been a problem'' at Earnscleugh Station and before the Campbells arrived ''there was no vegetation'', which added to the problem.

''Once it [pasture cover] is bare, it changes the habitat and the rabbits just go ballistic,'' Mr Campbell said.

The station employed two fulltime rabbiters and, with the help of the Government's rabbit and land management programme, managed to get rabbits under control by the late-1990s.

Mr Donaldson said the regional council had not intervened on Earnscleugh Station since 1997.

The combined effects of the rabbiters, pasture management and rabbit haemorrhagic disease (RHD) had worked to keep rabbit numbers under control since then, although continued management was a priority, Mr Campbell said.

Recreational shooters were not allowed on the property and ferrets were not shot as they were considered a vital ally in the fight against rabbits.

When asked about the threat of tuberculosis (Tb) carried by ferrets, Mr Campbell said ''if we get Tb in the herd, the herd would have to go because the ferrets are more valuable''.

• A ram stud and Hereford, Angus and composite studs are also run on the station.