Ready to take on the male contingent 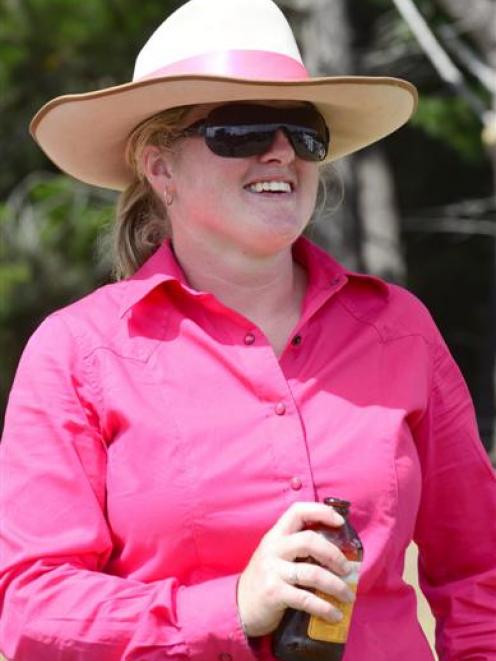 The winner will go through to the contest's grand final at Taupo in July and only three women have ever made it that far.

Louise Collingwood, representing Waikato-Bay of Plenty, came the closest to claiming the title, finishing second to Otago-Southland's Robert Kempthorne in 2003 and third in 2004, while Denise Brown was a grand finalist in 1981 and Katherine Tucker in 2012.

Miss Ross (26), a member of Balfour Young Farmers Club, said she would give the competition on February 7 her ''best shot''. She is the only female contestant in the eight-strong line-up.

It had been a goal for some time to make the regional final but she had not anticipated getting there quite so fast.

''It has thrown me a little bit but, at the same time, I'm very proud to represent the female population and give it a go,'' she said.

The Young Farmer Contest was ''one of those competitions you don't know what's going to be thrown at you'' and she had been busy preparing for it.

Due to her job, she was not out every day doing the practical side of farming so she needed to touch base with the things she did when she was shepherding. Every weekend, she had been ''racking somebody's brain'' to learn a little more.

While admitting to being a little nervous as the day drew nearer, she was also excited about it.

''Whatever happens, it's going to be a great experience. I'm going to come out hopefully with a bit more knowledge and most likely make some great contacts,'' she said.

As well as Young Farmers, Miss Ross was also involved with Lions and her local fire brigade. A keen rodeo competitor, competing in barrel racing events, she had taken a step back from rodeo this season to give the Young Farmer Contest her ''best shot''.

She planned to compete at the Lawrence rodeo on January 31, as a break from study before the competition and she was also secretary for the Southland rodeo on February 15. Next year, she hoped to qualify for the national finals rodeo at Outram.

Keen to utilise her stock-judging skills, she had bought some purebred Suffolk ewes and establishing a stud was something she hoped to do ''further down the track''.

The Aorangi regional final of the Young Farmer contest is being held in Oamaru on February 28, with the practical being held in conjunction with the North Otago A&P Show and the evening show at the Opera House.