Robotic feeder proves to be the better way 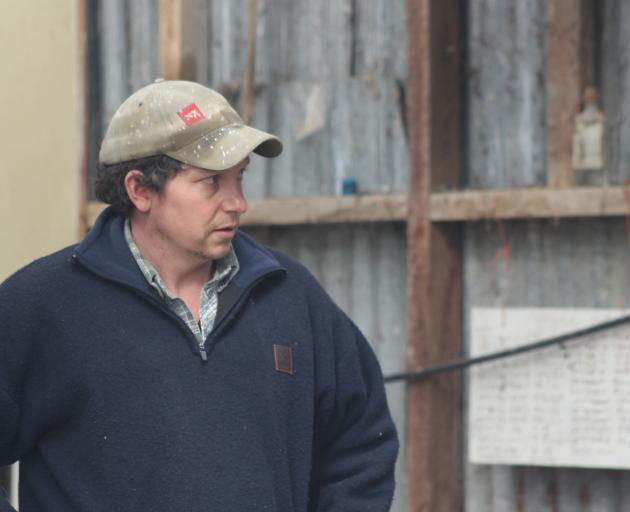 Ross Paterson talks about his family's robotic lamb feeders and their rearing operation at the Waikaka Genetics lamb-rearing field day recently. Photo: Nicole Sharp
Since 1907, the Paterson family has been farming at Waikaka Station.

Fourth-generation farmers Laurie and Sharon, along with son Ross and his wife, Steph, run the farm these days and have continued to grow the business, now known as Waikaka Genetics.

Running a Hereford stud, Romney stud and Texel stud, the Patersons have their hands full.

The Patersons mate about 1000 hoggets each year, with a 39kg cut-off, which lamb in early October.

The ewes lamb in mid-September and weaning is in December.

Waikaka Genetics recently hosted a lamb-rearing field day, where Ross spoke about the family's move to buy the robotic feeders and how it had influenced their business.

Looking at their lamb-rearing operation three years ago, and thinking about a way to make it a bit simpler, they made the decision to buy a Lely robotic lamb feeder.

Ross said frustration was getting the better of him as, driving round the lambers, he would be driving past orphaned lambs, hoping the mother would come back.

''That's where the whole idea sort of came from.''

In the beginning, Steph was rearing about 80 or 90 lambs by hand, he said.

They knew there was a better way so went to look at one of the robotic feeders in action, leaving Laurie in charge of the feed while they were away.

Interestingly enough, there was a phone call the same day, recommending they buy one of those robotic feeders, Ross said.

''The first year didn't go perfectly,'' he said. The machine was not calibrated correctly, so the milk was a bit hot, and the lambs were chewing through the teats, he said.

''We learnt from it and we're still learning.''

Now in their third year using the equipment, the Patersons rear about 180 lambs through the feeders. They aim to wean them at 15kg and last year, the top lambs grew at more than 400g per day in the shed.

They feed the lambs SprayFo milk replacer, Sgt Dan lamb pellets and bentonite clay and colostrum from a nearby dairy farm.