Sand and milk: Dairy farming in the desert 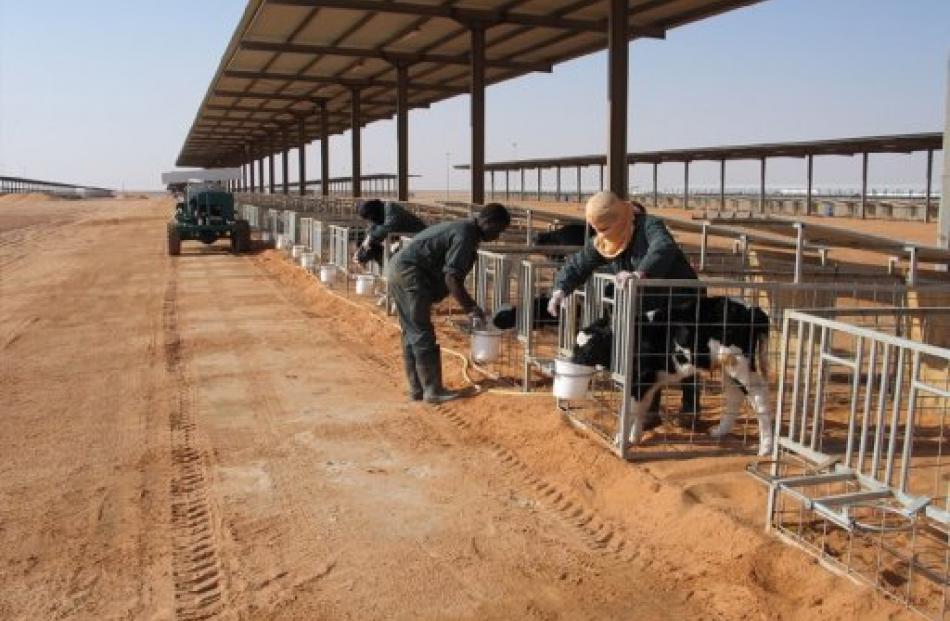 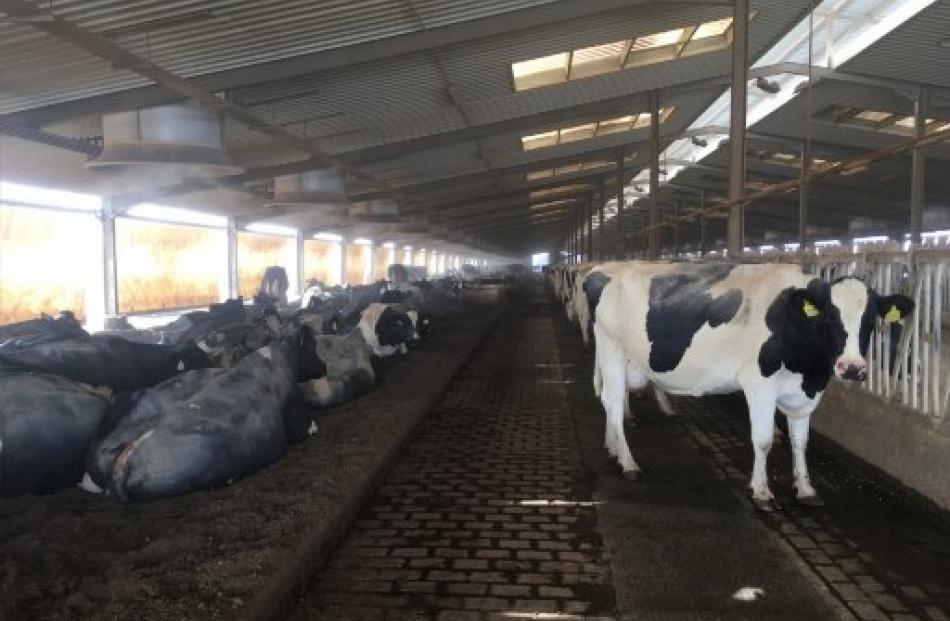 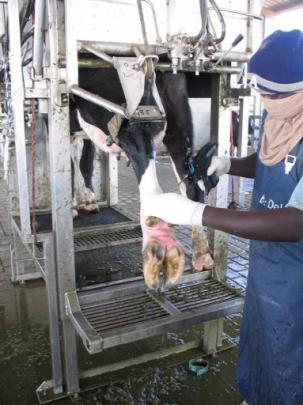 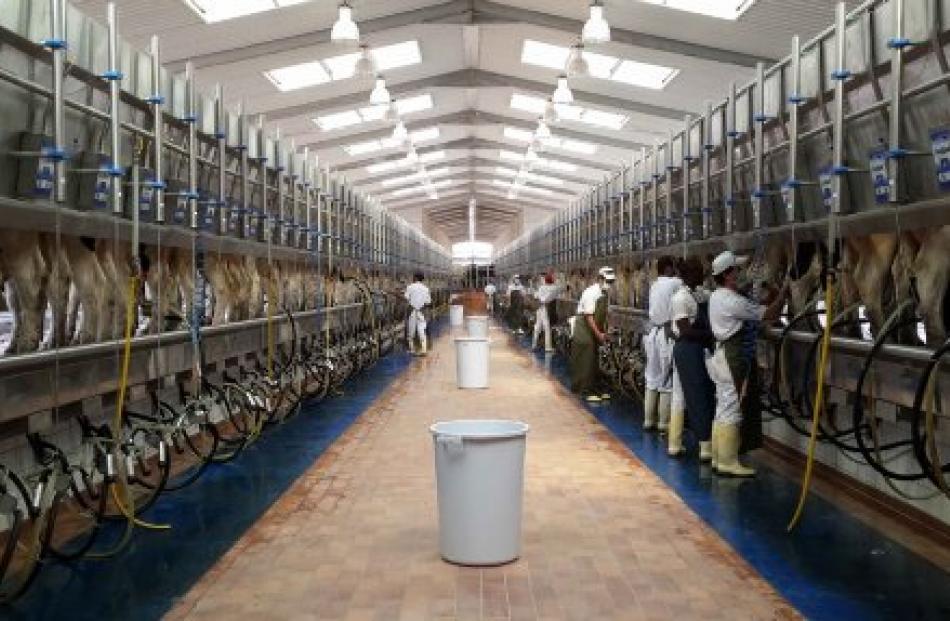 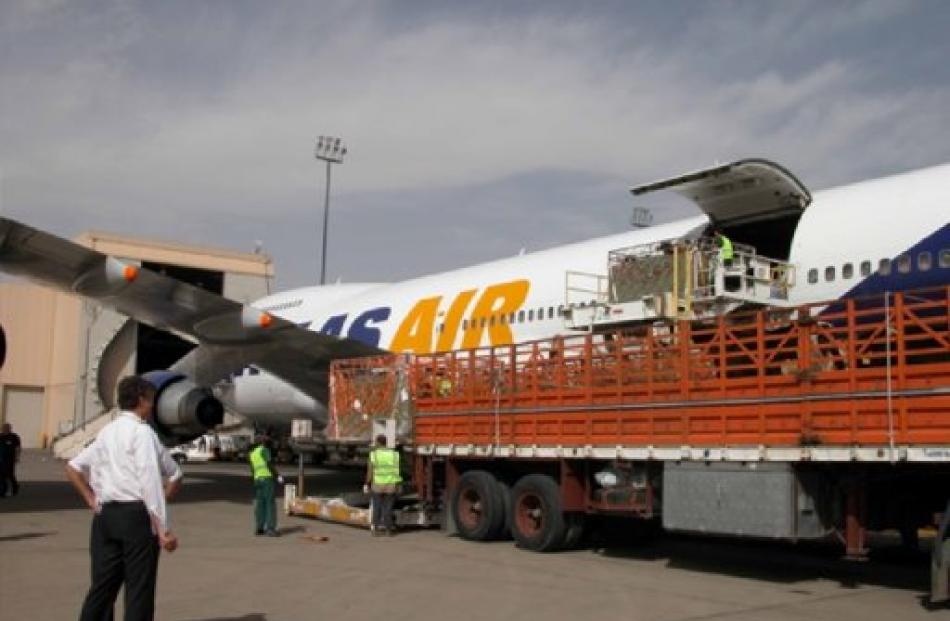 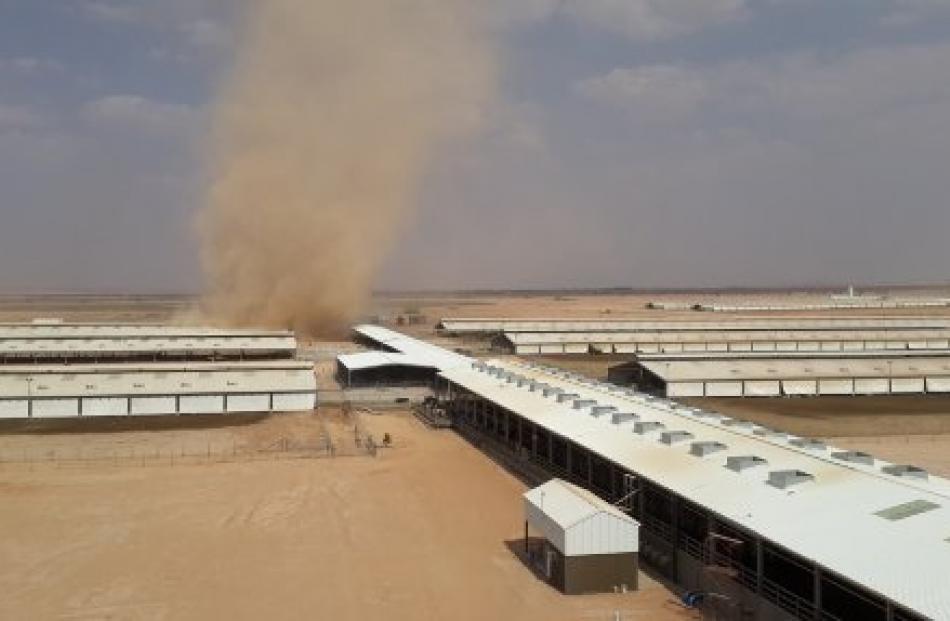 Dairy farming in the Saudi Arabian desert is a far cryfrom the lush, green pastures of New Zealand.

For Clayton Buckley, the past 12 years working for Almarai — the world’s largest vertically integrated dairy company — have been quite an experience.

Suffice to say, it was ‘‘not like farming here’’, he said during a recent visit home.

Mr Buckley (35) was brought up in North Canterbury, where his father Russ was a ‘‘part-time’’ deer farmer.

He used to head south during school holidays to stay with his aunt and uncle Gail and Trevor Meikle and help on their farm, near Oamaru.

He enjoyed it so much that when he was about nine, he announced to his parents he was going to buy Mr and Mrs Meikle’s farm, he recalled.

He then worked on Landcorp dairy farms on the West Coast.

His father happened to have a school friend who was working overseas for Almarai.

He was home on holiday and told Russ Buckley there were good opportunities in Saudi Arabia if Clayton was interested in ‘‘doing something different’’.

Clayton duly sent off his curriculum vitae and next thing he knew he was on a flight to Australia for an interview.

The result was a job offer with Almarai in Saudi Arabia and he started work in May 2004, as a unit manager on a dairy farm.

Being only 23, it was a little daunting, he admitted.

Clayton Buckley has spent the past 12 years working on a dairy farm in Saudi Arabia. Photo: ODT

Founded in 1977, Almarai was listed on the Saudi stock exchange as a public joint stock company in 2005.

It is possibly the largest food company in the Middle East with interests also in   poultry and baking.

There was a very tiered structure on the farms and Mr Buckley has risen to be senior assistant farm manager on one farm, which has between about 18,500 and 19,000 milking cows, with another 2000 dry cows.

There were about 630 staff.

Around 25% to 30% were local with the other major nationalities being Filipino and Kenyan, then Nepalese, Sri Lankan and Indian.

There was only one other New Zealander on the farm, who started last month, although there had been some in the past.

There were difficulties recruiting local staff as they did not like dairy cows. Mostly, they were in the milking parlour or on feeding duties, rather than husbandry jobs.

A large part of Mr Buckley’s job was office work along with people management.  He also oversaw feed supplies. Feeding was a large logistical exercise given the volumes of stock and feed involved.

If the farm manager was away, then he took over that role.

There were another four assistant managers and also four unit managers.

Dealing with so many nationalities, communication could be a challenge and some workers did not speak any English.

‘‘Communicating clearly, so they understand what’s required of them is probably the biggest challenge,’’ he said.

While expansion was being done on the first farm on which he worked, Almarai flew about 1000 in-calf heifers from the United States.

Crews, including Mr Buckley, were sent to unload the heifers from their crates, load them on to trucks and escort the trucks to the farm. He recalled driving through

the desert, escorting the cattle, when he spied a local man riding a donkey, herding his flock of sheep.

It highlighted to him the contrast between the spending involved in purchasing the heifers and transporting them to the Middle East and ‘‘someone just scratching a living in the desert’’.

There were biosecurity issues; foot-and-mouth disease was endemic in Saudi Arabia and movement of people and vehicles to and from the farm needed to be monitored and controlled to reduce the risk.

Animal health-wise, the biggest concern was foot-and- mouth disease and a lot of money was spent doing routine vaccinations to protect the herd from that.

The cow herd was based on American Holstein genetics and the production from the ‘‘huge’’ cows was ‘‘unbelievable’’.

Record production, as a herd average, was 44.8 litres.

Unlike New Zealand, the milk price had not dropped because it was all internal consumption.

There was strong peak demand in and around Ramadan, which was what Almarai tried to target plenty of production for.

Mr Buckley admitted it was ‘‘sort of odd’’ to be farming in the ‘‘middle of nowhere’’, although there was a reasonable amount of industry in the area.

The nearest town, a military town, was about 30 minutes away.

During summer, 48degC was a ‘‘pretty common’’ maximum and it was a very dry heat, with very low humidity.

‘‘During the peak of summer, it feels like you’ve got your head stuck in an oven with fan-force on,’’ he said.

Inside the cow house, temperatures were kept in the early 20s and cooling mists were sprayed on to the cows.

Such measures were part of the key to keeping them in good production and all youngstock were provided with shade and acclimatised to the conditions.

The working day started at 6am and finished at 6pm and no time off was taken.

Instead, Almarai paid for flights back to New Zealand and there was also an opportunity to travel and ‘‘see the world’’.

Mr Buckley’s goal had always been to own his own land and by working in Saudi Arabia, the intention was to set himself up for when he came back.

For the last eight or so years, he had been saying that he would be‘‘only doing two more years’’, yet he was still there.

He could not see himself leaving for at least the next two years, he said.

However, he now  owned 165ha of land in North Otago, part of his aunt and uncle’s farm — realising that childhood dream.

Mr Buckley missed the mountains of New Zealand, along with friends and family.

‘‘At times you get frustrated, but I’m glad I did it for the experience. You have your moments ... you start to look forward to a break, going somewhere,’’ he said.