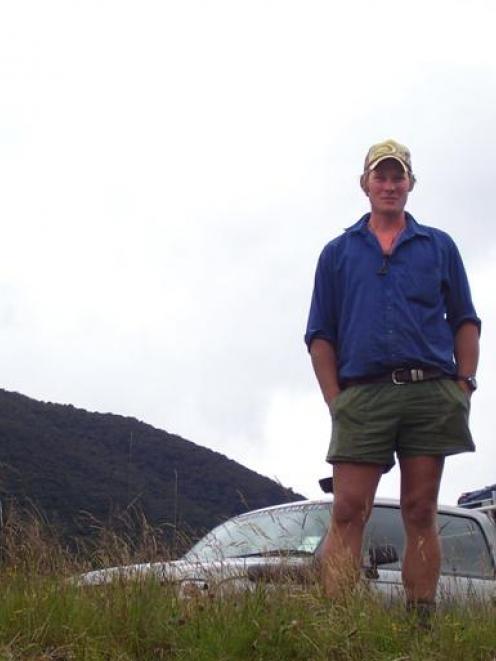 Next year, Mr Wells (28) plans to shear over a 24-hour period - with a break every two hours - to raise money for the Cancer Society, particularly for the research and treatment of prostate cancer.

Shearing was something Mr Wells had enjoyed doing from a young age, but he had never done it fulltime.

He knew a few people affected by cancer and it got him thinking about what he could do to help. He pondered over it for a few months and discussed it with his family, before deciding to go ahead with the initiative.

Mr Wells is stock manager for Tarras farmer Peter Jolly and the fundraiser will be held in Mr Jolly's woolshed, just a kilometre and-a-half from the Tarras township. It will start on February 28 and finish about lunchtime on March 1.

He has been ''easing'' himself into it and shore quite a few lambs for a neighbour, during the summer, for practice.

Training was increasing as the weeks went on. Shearing was a physically and mentally demanding job that required stamina and skill.

Mr Wells admitted it was a little nerve-wracking, particularly since the initiative had ''got a whole lot bigger'' than he first thought.

But, in a way, that was good, if it raised more money for the Cancer Society and increased awareness of prostate cancer, he said.

''It's going to be hard but, as someone said to me: `Sheer determination will get you through it','' he said.

While he had set his sights ''fairly high'', it was a good cause. A lot of men were affected by prostate cancer.

His employer and family were both ''right behind it'' and he was expecting plenty of support from the Tarras community.

Anyone wanting to donate money to the fundraiser can do it on www.fundraiseonline.co.nz/ShearforLife and Mr Wells was also seeking sponsorship for training and expenses.