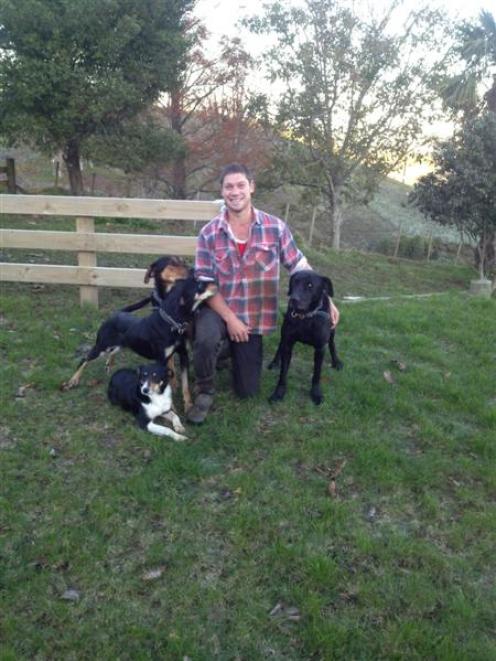 The pair earned the top scores in the preliminary round of the challenge, held alongside the ANZ Young Farmer Contest grand final at Lincoln.

Mr Reekers was encouraged to enter by his boss and his neighbours. The eight contestants were evaluated on their practical skills, along with their knowledge and understanding of issues affecting the sheep industry.

The practical skills tested were ''pretty basic'' - ''it was like stuff you do on a day-to-day basis'' - but all the contestants seemed to do well, so he was unsure how he fared.

Mr Reekers acknowledged he would be studying hard before heading to France.

He and Mr Hoare will compete against other young shepherds from England, Australia, Argentina, France, Wales, Ireland, Scotland, Uruguay and Argentina from September 28 to October 4.

Originally from a sheep, beef and deer farm near Otorohanga, Mr Reekers went through the Waipaoa programme in 2008-09.

He then headed to Lincoln to study for a year before working on a farm in Southland for eight months, followed by a 12-month stint on a Timaru farm.

After spending several months helping a friend on a dairy farm, he started working for his current employer, Peter Bell, on an 1800ha sheep and beef farm at Waihaorunga, near Waimate.

He described it as a ''bloody good job''. The next step in his career would probably be managing a property, he said.

He is vice-chairman of the Glenavy Young Farmers Club and a member of the Waimate Sheep Dog Trial Club.