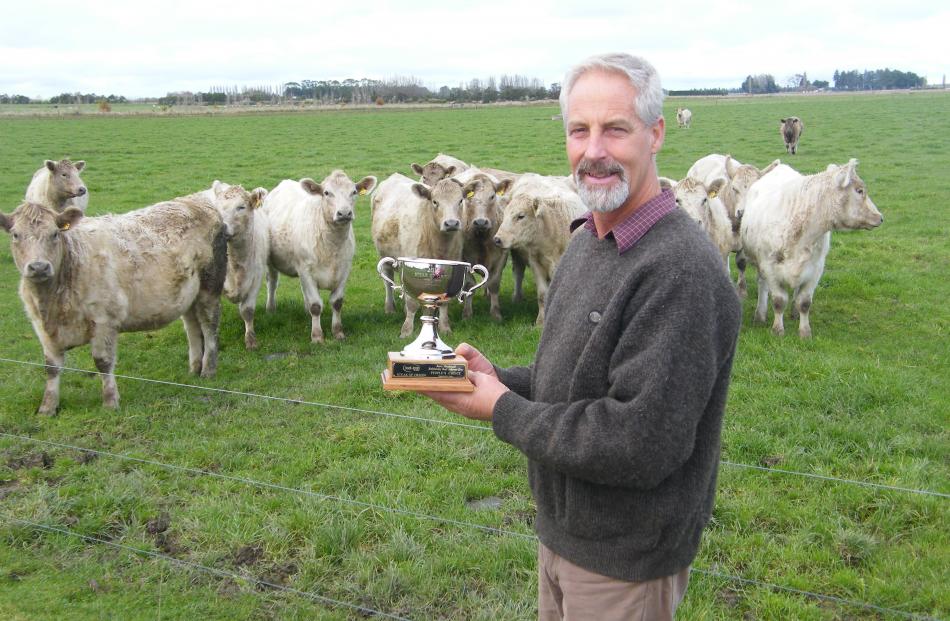 Ballyhooley Beef has done it again - winning best retail brand with the Murray Grey meat at the Steak of Origin competition last week in Feilding.

But this year, Winton farmer Barry Macdonald and his beef have done one better, as his steak was chosen as the tastiest by the public, also winning the people's choice award.

In what was a first for the competition, Mr Macdonald's steak was put up against the other 19 finalists to see which the public liked best.

This year was the second time Mr Macdonald has entered Steak of Origin since he began the Ballyhooley Beef brand two and a-half years ago.

''I sell Ballyhooley Beef at the Southern Farmers Market. That's really how it began. I was already on the committee ... it took two years to take the plunge to start selling the meat,'' he said.

Mr Macdonald had been breeding Murray Greys for more than 40 years. It all began with one small trip for his father to Wright Stephenson back in the early 1970s.

It was not until 1999 that Mr Macdonald solely went into beef cows, after working in television.

''I decided it was time we beefed up the cow numbers.''

The Torrisdale Murray Grey Stud, which is run at Oreti, near Winton, is the largest registered performance-recorded Murray Grey herd in New Zealand.

Mr Macdonald said the Murray Grey breed was very adaptable to all conditions and they were very popular in the dairy industry.

''They produce a medium-size carcass which is renowned for its tenderness and flavour, which is all to do with the inherent IMF [inter muscular fat content]''.

The end result is a product that consumers want, he said.

The first Torrisdale stud online bull sale was four years ago and this year he would hold his 11th annual sale, on May 28.