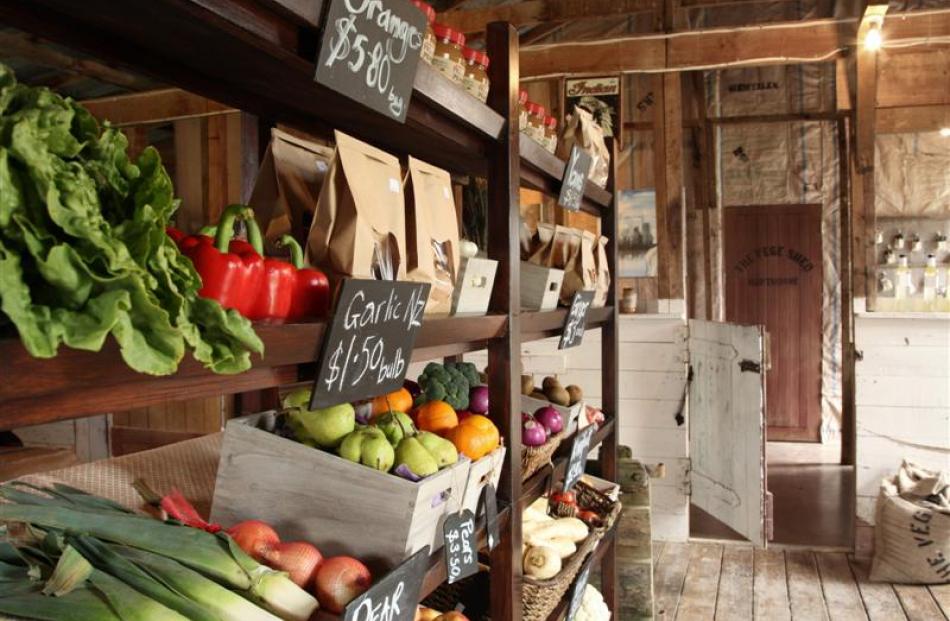 The interior of Steve and Heather Wilkins' vege shed. 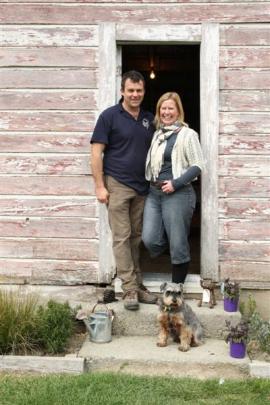 Steve and Heather Wilkins outside their 101-year-old woolshed at Athol from which they sell produce. Photos supplied.

It all started with a swede.

When the Wilkins family first started selling produce, it was their homegrown humble Southland swede that siblings Hannah (now 19), Ella (16) and Molly (11) sold at the roadside to make some pocket money.

When 800 swedes were snapped up, it triggered a thought that if people stopped for swedes, what else would they stop for?

On Steve and Heather Wilkins' sheep, beef, deer and cropping farm at Athol, in northern Southland, there was a century-old woolshed. It had been unused for about 30 years but Mrs Wilkins had fallen in love with it and decided to put it to good use.

First, it was converted into The Vege Shed, selling fresh produce and home-grown meat, which led to the development of the Athol Valley Meats brand, supplying lamb and venison to the public and restaurants.

Athol Valley Meats was fourth in the retail category in the Beef and Lamb New Zealand's Golden Lamb Awards at the Upper Clutha A&P Show this year.

Mrs Wilkins has now been named a finalist in the Love of the Land category of this year's Rural Women New Zealand Enterprising Rural Women Awards.

Originally from Invercargill, she became involved in farming life when she married her farmer husband. Mr Wilkins is a 2013 Nuffield Scholar, whose research topic is the synergies between arable and dairy from a nutrient and effluent perspective.

Six years ago, the family moved from Balfour to a farm at Athol, which was ideally located for a business, being halfway between Queenstown and Milford Sound on the main tourist route.

The woolshed was an ''amazing old building'' and while they did not initially know how the venture would work, they figured that by starting small, if it ''wasn't going to be a winner'', then they would not have lost a lot, Mrs Wilkins said.

While the woolshed was ''nothing flash'', it was filled with character and that had appealed to visitors since the opening in November, 2010.

People were concerned about the food they were eating and where it came from, which was evident in the feedback they were getting. It felt good being able to do something people cared about.

They loved being able to share what they did on their farm and that people were able to experience top-quality meat.

One of Mrs Wilkins' aims was to give customers the chance to ''step back in time and slow down''.

People were so busy ''heading from A to B'' that the effect of being able to do so had been ''really priceless'', she said.

While it was a busy lifestyle, it was also fun and ''as long as family is up at the top, everything's good''. Prioritising was a key and there was always a new day tomorrow.

''It's really important raising three girls showing them the world is their oyster when they are young and starting their own lives,'' she said. Athol was a ''beautiful'' place to live and every day she was reminded by customers that she got to live ''in paradise''.

She expected further growth in the business with the development of the Around the Mountains Cycle Trail.

She laughed that ''public pressure'' resulted in her applying for the Enterprising Rural Women Awards.

Twenty businesses are in the line-up for the awards with the four category winners - Love of the Land, Help I Need Somebody, Making it in Rural, and Stay, Play, Rural, going on to compete for the title of supreme winner.

The winners will be announced at a special ceremony to be held on the opening night of the Rural Women NZ national conference in Christchurch on May 23.

Other southern finalists include fashion designer Christina Perriam, who has been continuing the dream of her late mother, Heather, to make Tarras a destination village, Jan Harper, who opened Blue Spur Butchery and Deli in Lawrence in 2009, and Lynne Johnston from Herd About Hair and Beauty in Riversdale.