In fact, Pete Ronald jokes he has warned manager Dave Vaughan there could well be a takeover.

Mr Ronald (61), his daughter Nicky Adams (41) and his granddaughter Shelby Wilson (19) — who is Ms Adams’ niece — all work on the 12,000ha Landcorp-owned property which surrounds Lake Mahinerangi.

There’s a reasonable amount of good-natured banter when the three gather over lunch, with Ms Adams wearing her trademark cap emblazoned with Auntie.

Mr Ronald, who grew up at Gore, was a ‘‘true blue townie’’, who started his working career at Guthrie Bowron in Dunedin followed by the woollen mill. 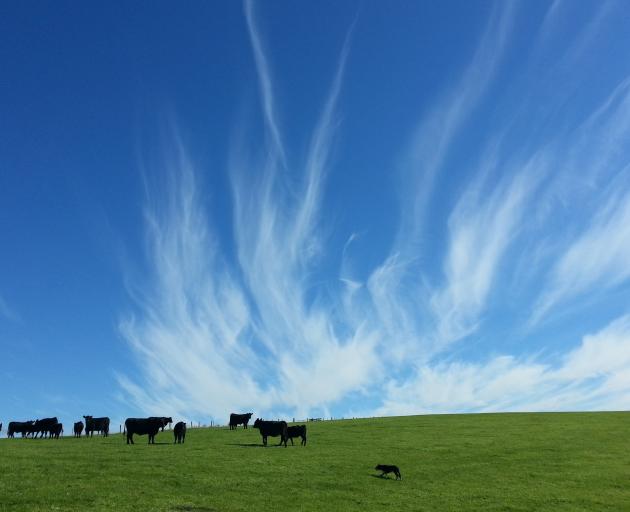 The changing — and spectacular — landscape of Landcorp-owned Waipori Station, which surrounds Lake Mahinerangi in the Otago hinterland, as photographed by stock manager Nicky Adams.
Then he thought he might give farming a go, the attraction at that stage largely being around the house that went with it.

His first job was at Black Rock, and it was to prove a fairly good learning curve, although he had an uncle running the hotel at Clarks Junction who would keep an eye out for him.

From there, he shifted to Waitahuna and then a stint dairy farming, both on the Taieri and at Paretai, in South Otago.

He enjoyed dairy farming, ‘‘but my biggest trouble was trying to get up in the morning’’. 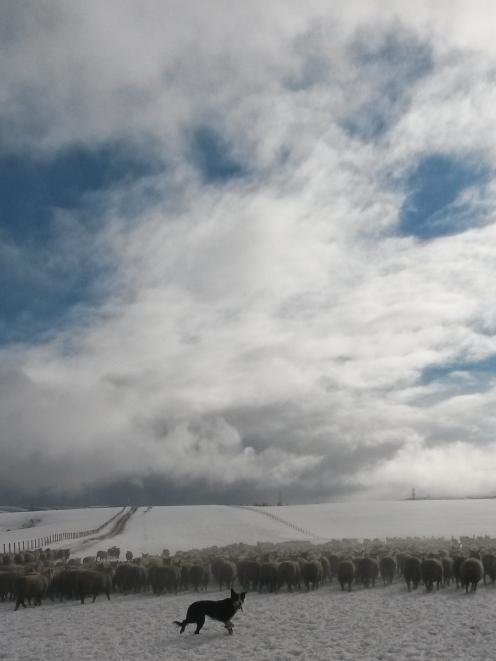 He also worked in the cheese factory at Paretai and the freezing works at Finegand, before getting a job at Thornicroft Station, another Landcorp-owned property near Lake Mahinerangi, where he worked for 31 years.

When he left Thornicroft, he thought farming was off the agenda. The intention was to go on the road, ‘‘cruising around’’ in a motorhome with his wife.

But they got as far as Twizel, where he spent two and a-half years working on a salmon farm. He found it a little hard to ditch farming lingo and could be heard calling his new charges ‘‘mobs’’.

When his wife had a lower leg amputation, travelling around was not such an easy prospect and after doing casual work at Waipori last winter, he was offered a job as a stock manager.

His daughter was also a stock manager at Waipori and she was impressed with how her father had got back into farming, particularly with some big changes, including technology, while he had been away.

‘‘It’s been pretty mind-blowing to get my head around it again,’’ Mr Ronald said.

‘‘In saying that, you can teach an old dog new tricks,’’ Ms Adams added.

Ms Adams, who spent a ‘‘good chunk’’ of her life at Thornicroft, has been at Waipori for four years.

Shelby, who started work this year as a general shepherd, had previously done a stint tailing at Waipori, raising money for an Outward Bound course.

Her intention was to have a gap year this year before joining the army. But she had since signed up for training through Primary ITO which would finish in August next year, so she was at Waipori until at least then and would ‘‘just go from there’’.

While she enjoyed being outdoors, Shelby, who attended Taieri College, never thought she would end up farming. 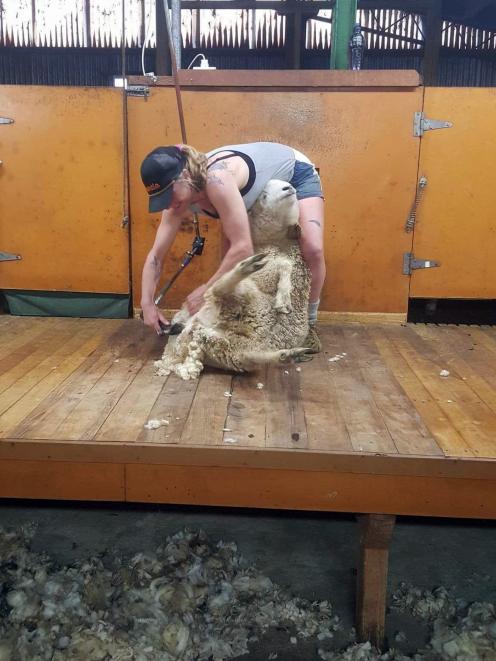 Nicky said her niece had ‘‘always been a real girly-girl’’ but she was very impressed with how Shelby was working out, saying everyone commented on her natural stock sense.

Working on such a vast property, days could go by without them seeing each other.

Ms Adams said she and her father were very similar.

They had always been a good team, including when they worked together at Thornicroft, and while they did not work together much, when they did they seemed to ‘‘click’’.

Mr Ronald was proud of his daughter’s achievement in winning the Mornington Tavern’s Damn Good Woman competition last year. That involved competing in a series of challenges including carrying a pig on her back, starting a chainsaw, sewing a button, backing a trailer, sawing a block of wood, sculling a pint of beer and eating a cold pie.

Waipori was a spectacular location, although Mr Ronald said the climate could be ‘‘vicious’’ and he had seen snow there in January.

Shelby’s days were spent shifting breaks and moving stock — ‘‘just bits and bobs’’ — aided by her ‘‘two and a-half dogs’’.

Mr Ronald spied the Auntie cap in a petrol station and thought it was most appropriate. Not only was Nicky Shelby’s aunt, but she also spent time with other young people, including driving them home safely from the pub, and ‘‘almost mothers them’’, he said.

Shelby said working on the same property had brought them ‘‘all a bit closer’’, while Nicky, who has three sons, said Shelby had become a bit like a daughter.