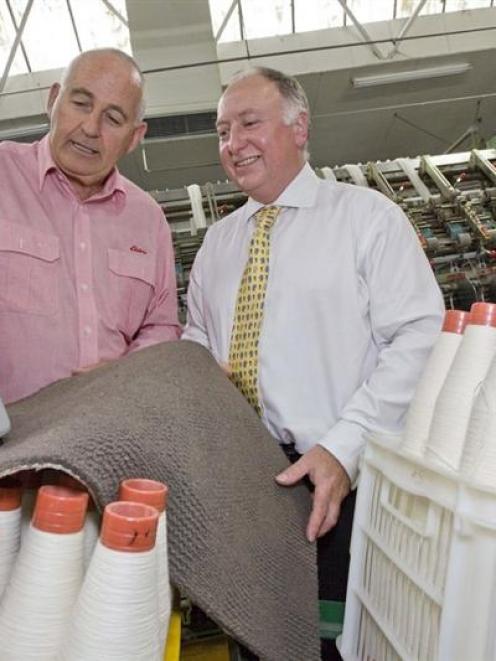 Elders New Zealand managing director Stu Chapman announced last week his company had bought the option to the exclusive worldwide rights to the technology, still undergoing commercial testing, which would provide verification to a carpet buyer that it contained New Zealand wool.

The tracing technology, called Verifi TT, was developed by AgResearch in New Zealand in conjunction with scientists from Australia's CSIRO.

It was undergoing commercial testing with carpet manufacturer Godfrey Hirst.

"With the majority of the strong wool produced in New Zealand used in carpets, the technology has the potential to add substantial value to the benefit of New Zealand wool growers."

New Zealand strong wool was recognised as the best in the world, Mr Chapman said, and some carpet manufacturers were claiming to use it in their carpets when they in fact used inferior wool.

"This technology will allow Elders to differentiate their wool and maximise its value."

Verifi TT is a hand-held scanning unit which reads a tracer fibre, invisible to the eye, that has been doused with a signature marker and knitted into a wool fibre.

The fibre can be inserted at any time, allowing the wool to be traced from scouring through to the carpet retailer, verifying the wool was supplied from Elders and that it was 100% New Zealand wool.

Elders' marketing manager Sonya Aitken said traceability of food and fibre was an international issue as people wanted certainty what they bought was what retailers claimed they were supplying.

She said securing the Verifi TT technology was a requirement of a recent contract Elders negotiated with United States carpet retailer CCA, to provide verification the wool came from New Zealand.