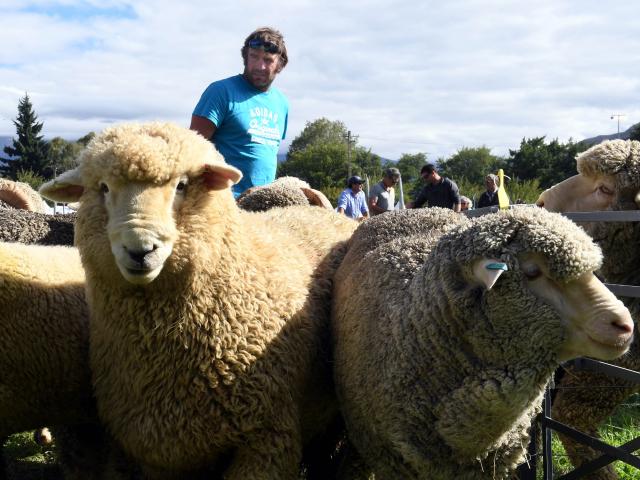 When Jim Hore got his first stud merino sheep, industry stalwart Bill Gibson told him not to mix bloodlines.

While global dairy and beef prices are forecast to rise due to widespread drought in the United States, economists are suggesting immediate gains to farmers may be limited.
Total debt per hectare has increased about 140% between 2003 and 2009 for both New Zealand dairy and sheep/beef farmers.
The danger of using poorly maintained vehicles on farms is to be brought to the wider attention of farmers following the death of a Lee Stream farmer, killed when a utility vehicle with a faulty handbrake and battery ran over him on a hill.
A syndicate of Maniototo farmers has retained grazing rights on the Mt Ida range, but the block will remain conservation land.
More than 100 farmers gathered at Simpson Park in Lawrence on Friday night for the annual winter crop competition and to thank the Otago Rescue Helicopter Trust for its services.

"Irrigation really is the future" - that is the message from North Otago Irrigation Company chief executive Robyn Wells as the company plans for the second stage of its scheme.

If registering a working dog in Central Otago costs $11 and in Waitaki $28, why does it cost $86 in Dunedin?

On-farm store lamb sales and the role of stock traders are being questioned by a meat sector strategy report for adding costs and little value to the meat industry.

In recent weeks, two very strange events have occurred. First was the auction of goods from the Canterbury earthquake held in Auckland. Canterbury suffered the earthquake but Auckland got the...
Australian farmers may be exempt from an emissions trading scheme - unlike their New Zealand counterparts - but from next year, they will be able to earn income by selling carbon credits.

George Scott's grandmother, Euphemia, never threw anything away, something for which George and his wife, Mary, are grateful. Family papers include not only a coloured concept plan drawn up...

When a group of cycle-weary school pupils arrived at the Forks Hut, in a peaceful valley on vast Otematata Station, there were few modern conveniences to greet them. Forget PlayStations and...

Oamaru motorcycle sales manager Leighton Selfe sometimes has to pinch himself to make sure he is not dreaming about the number of farm bikes going out the door.

Farmers have invested more than $62 million in developing their farms over the past five years to take advantage of irrigation from the North Otago Irrigation Company scheme covering 10,000ha on the North Otago Downlands and in the Waiareka Valley.

When Governments start interfering in the free exchange of property by political decree for political advantage, we risk the very basis of our property-owning society, argues Gerrard Eckhoff.