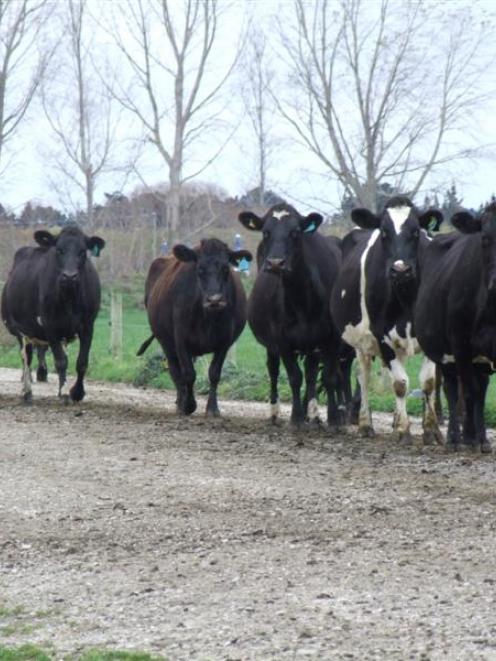 World dairy prices have already risen from recent lows. Photo by ODT.
While global dairy and beef prices are forecast to rise due to widespread drought in the United States, economists are suggesting immediate gains to farmers may be limited.

About 80% of US agricultural land has been experiencing the most extensive drought since the 1950s, leaving corn and soybean crops severely damaged.

The US Department of Agriculture's forecasts of soybean production were now for a 13% fall by 2012-13 compared with 2011-12, while the corn harvest was expected to drop 14% on the previous period.

World dairy prices had already risen from recent lows and GlobalDairyTrade auction prices were up about 20% since late July.

The drought had pushed up feed costs for northern hemisphere cattle farmers and was likely to boost global dairy and beef prices.

However, the dollar had followed dairy prices higher, tempering the gains at the farm gate, Mr Delbruck said.

With a recovery in global growth and ongoing income growth in emerging markets, particularly China, the bank expected increased demand to underpin prices.

The strength of milk flows was likely to determine how the speed of the potential catch-up with northern hemisphere equivalents, in addition to being a key driver of global price levels.

Emerging markets had underpinned strong dairy import demand in recent months and while demand would probably continue to expand, purchasing was at risk of slowing from those countries that might have stocked up for short-term requirements, the report said.