'Trying to be proactive' to help foreign workers 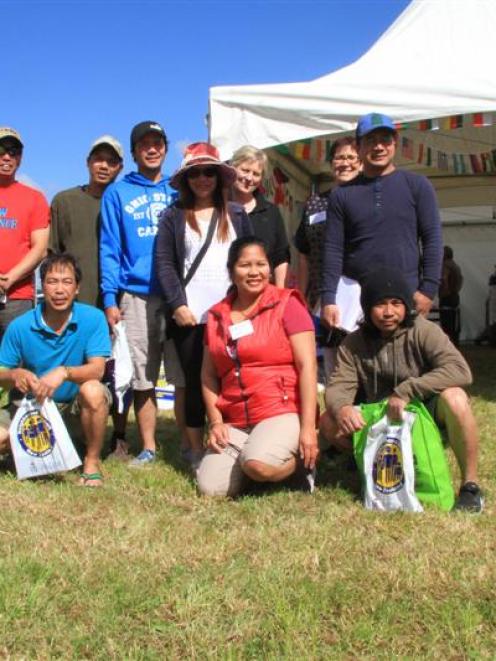 The settlement support group, on hand at the Southern Region Dairy Expo at Clydevale last week, offers a 12 week everyday English course and brings students from its Clydevale base to Dunedin for Literacy Aotearoa's learner driver's licence theory tutorial, which has been tailored for people for whom English is a second language.

Volunteers in the group offer to drive with the newcomers as they ready themselves to gain a restricted licence.

''We're trying to make the roads safer for those who aren't used to our driving conditions,'' Mrs Shaw said.

As a teacher aide at Clutha Valley Primary, she found herself working with a growing number of pupils for whom English was a second language.

A dairy farmer herself, it was plain to her what was driving the change in Clydevale.

''It's the dairying that has altered this conservative area over the last 15, 18 years.

''South Otago is a small area, and, sure, settlement support is working in other provinces, but there's nothing here.''

At the Dairy Expo last week, Mrs Stirling was approached by a man from the Ukraine who had recently arrived in Clutha for work.

He simply wanted to know if there were other Europeans in the area, and she was able to put him in touch with another Ukrainian man new to the area, Mrs Stirling said.

A multicultural ''bring a plate'' meal at the Memorial Hall in Balclutha last winter showed her how easy it was to overlook the number of internationals residing in Clutha.

''All international ... they were all linked to primary industries.

''We were overwhelmed. It was amazing.''

In 2014 the two groups recorded TrustPower Community Awards regional wins for Clutha Development Settlement Support for Arts and Culture and for Clutha Valley Rural Neighbourhood Support for Health and Wellbeing.