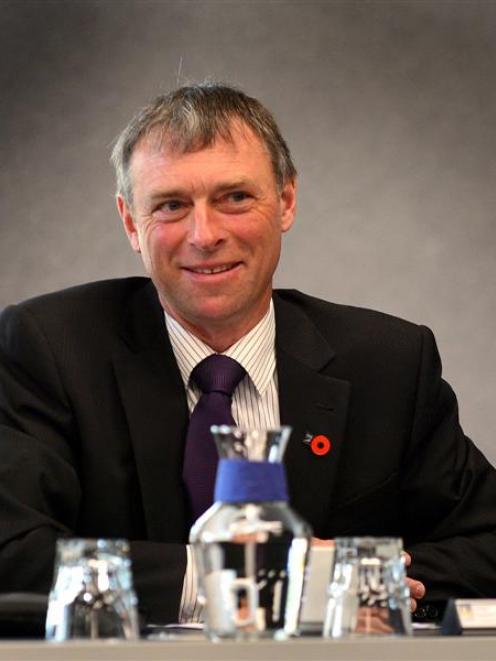 Mr Woodhead was re-elected chairman of the council at its first meeting of the new term on Tuesday last week.

When contacted by Southern Rural Life last week, he said he was ''very humbled and proud'' to be elected to his second term as chairman and ''very pleased'' to be back for his fourth term as a councillor.

''In my second term I understand the importance and what's involved and it's very pleasing to have the support of my fellow councillors.''

Mr Woodhead runs a sheep and beef farm of about 3800 stock units on 400ha south of Milton.

While day-to-day operations were now managed by a stock manager, Mr Woodhead ''still played an active role'' and his background in the rural sector had given him insight for his role on the ORC, he said.

''I feel as an active farmer it helps me understand the potential implications of our policy and plans and it helps with the development of our policies.''

''It's always good to have some councillors that are still actively operating businesses.''

There were a number of challenges ahead for this term, many of which related to water, he said.

There was work to be done to move ''towards new and more reliable water plans'' and to get landowners transferred from deemed permits to consents, he said.

There was also work needed to ''improve discharges where they needed improved off-farm and retaining good water quality where we have it''.

The ''environmental impacts of land use'' provided an ''ongoing challenge'', Mr Woodhead said.

''These things don't occur overnight. It takes a lot of time and planning with communities,'' he said.

However, water was not the only issue, as many communities had air-quality issues and there was ''a few challenges ... in meeting the targets in place''.

Despite the challenges, he was ''looking forward to a productive three years'' and proud to be part of a council which encouraged innovation, he said.

''The ORC has a strong history of implementing effects-based policy where individuals are able to go about operating their day-to-day lives with very little intervention from the council,'' Mr Woodhead said.

''We are still one of the few regions in New Zealand where you don't need a consent to dairy farm, but you do still have a whole bunch of environmental bottom-lines which you do have to meet.

''It's what runs off your property, whether you are rural or urban, that matters.''