Winning the battle against boxthorn pest 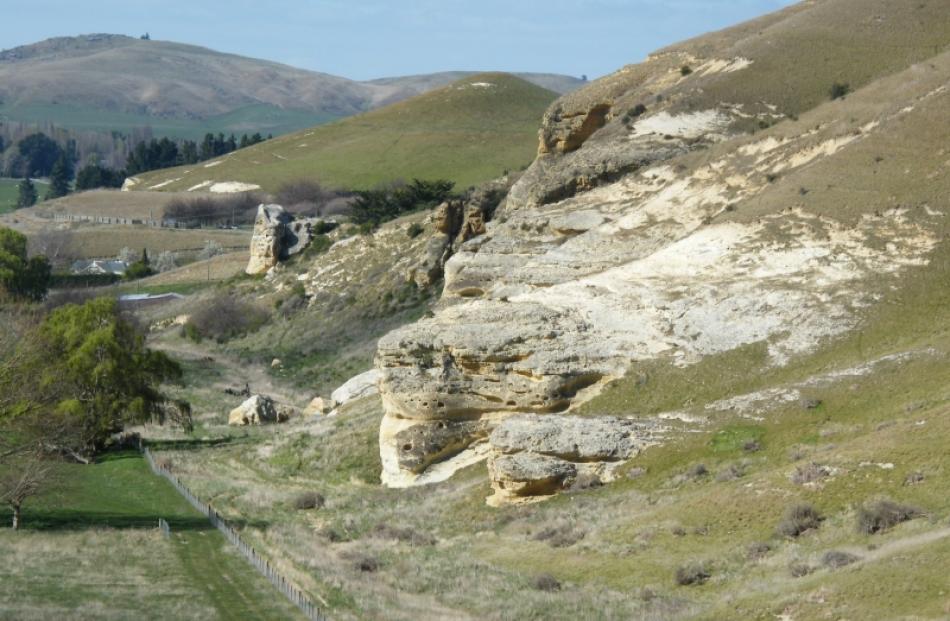 These limestone outcrops in the Waitaki Valley make up part of the Department of Conservation's Gards Rd scenic reserve and are home to rare plants and remnants of ancient sea beds. Photos by Ruth Grundy 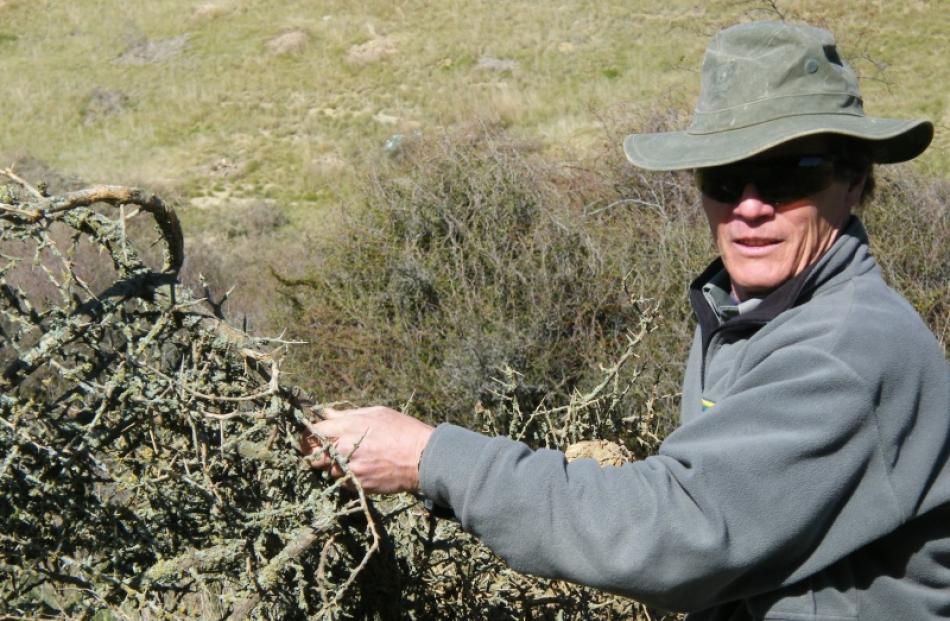 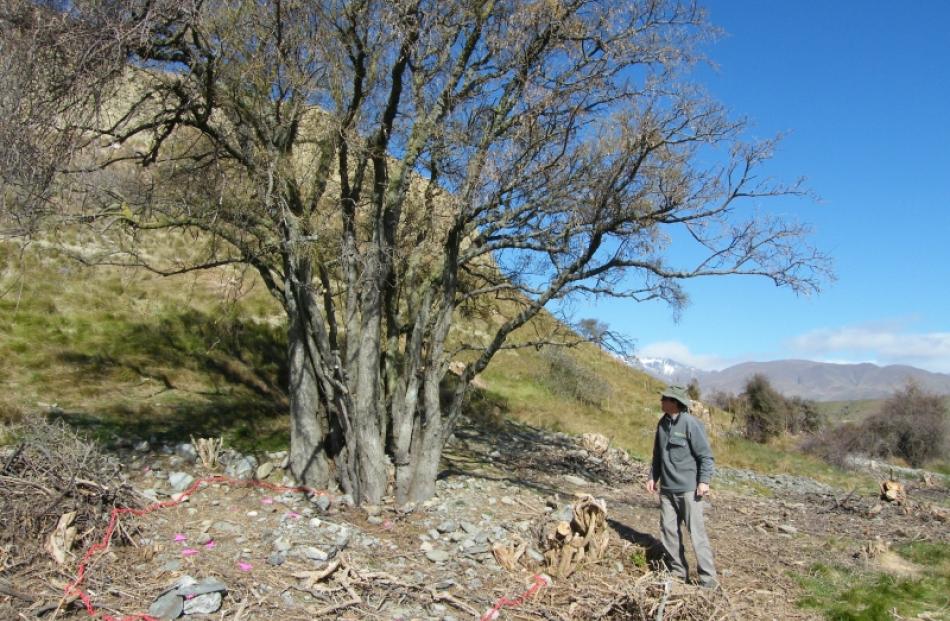 Mr Loh stands beneath a 100-year-old kowhai which has been recently cleared of boxthorn. Volunteers will fence the area to protect its seedlings for future propagation.

Graeme Loh is the first to admit he is more ''exterminator'' than ''nurturer''.

He is the Department of Conservation (Doc) ranger who oversees one of the country's newest reserves, a prominent and ancient limestone outcrop at Gards Rd, between Duntroon and Kurow.

He said his main focus was to eradicate an aggressive exotic invader - boxthorn - which threatened to appropriate this national treasure.

''People don't realise how bad a weed it is and how difficult it is to remove.''

Mr Loh has held several working bees at the site to eradicate the boxthorn. Heavily kitted out in protective gear, volunteers poison, hack, cut, roll and start over again to annihilate the viciously thorny scrub and its determined regrowth.

Boxthorn was most effective at keeping lions away from cattle, Mr Loh said.

There was a tone of exasperation as he wondered aloud how many of the beasts had threatened stock in this valley.

Its thorns could puncture a tyre and cattle were desperately afraid of it, he said.

Critically, at the site it competed with the rare natives for space and water and its roots cracked the soft limestone apart.

''The take-home message is if you have boxthorn on your property, destroy it.''

Mr Loh was instrumental in arranging Doc's acquisition, with $200,000 from the Nature Heritage Fund, of the 20ha block from farmers David and Lorraine Parker and it was formally handed over in February.

Many rare plants had been discovered growing at the site and the purchase meant they could continue to be conserved and intensively managed.

It is home to the rare native broom Carmichaelia Hollowayi, one of only three places in New Zealand where it grows wild.

It would be fair to say the rare collection is distinguished by being small, dull and insignificant; some look little different from the wire-netting now protecting them.

It turns out being unassuming was a particularly important strategy, as a dull and divaricating habit provided good protection from the browsing birdlife which once wandered the plains.

''The prostrate kowhai are an excellent example of signature adaptations to bird browsing - they have a high tensile strength; you can't pull them apart easily. They have small leaves and dull leaves because birds have good colour vision.''

Mr Loh is optimistic about progress to recreate the former place in time.

In only a few months, the ''primary knockdown'' of boxthorn was well advanced and there had been ''pretty good progress'' on the regrowth.

A fully grown (upright) kowhai, possibly 100 years old, has emerged out of the efforts of the past few working bees and numerous seedlings have since come away, which have been protected and will be propagated.

Water containers drip-feed the seedlings as a dry spell in the valley begins to take hold.

Other steps like rabbit-proofing have been taken to protect the precious treasures.

But solving one problem can lead to others - Mr Loh is still searching for a suitable way to keep grasses down, now sheep do not graze the area.

Geologically, these bluffs were only a small part of the bigger picture and shared relationships with other limestone outcrops through South Canterbury, Mr Loh said.

But as a remnant of ancient New Zealand they offered a window to a ''dramatic and active landscape'' and were one of the few clues as to what the past had been like, he said.

There was proof they had been used by Maori for shelter, although any possible rock art may have eroded away because of the softness of the limestone.

But the outcrop had locked in the history and secrets of ancient sea beds in layers of rock and soils - testament to tumultuous events which shaped and lifted them to where they sit now, high above the cultivated Waitaki River valley.

The cliffs and gravels are home to dolphin, whale and penguin fossils, some of which are 25 million years old.

Mr Loh points to lines at the base of the bluffs where layers of sheep manure give way to layers of moa dung, blurred lines between past and present.

These days the bluffs appear to be essentially frost-free - something Mr Loh is testing - and this possibly had contributed to the survival of some of the rarer plants, he said.

Eventually, there would be more propagation and planting out to boost the plant populations.

But that role would fall to others of his team, he said.

''My role in ecosystem is to kill things, the exterminator ... I'm not the expert at nurturing.''

By the end of the year he hopes the reserve, which is already open to the public, will have signage, a walkway, and car parks.