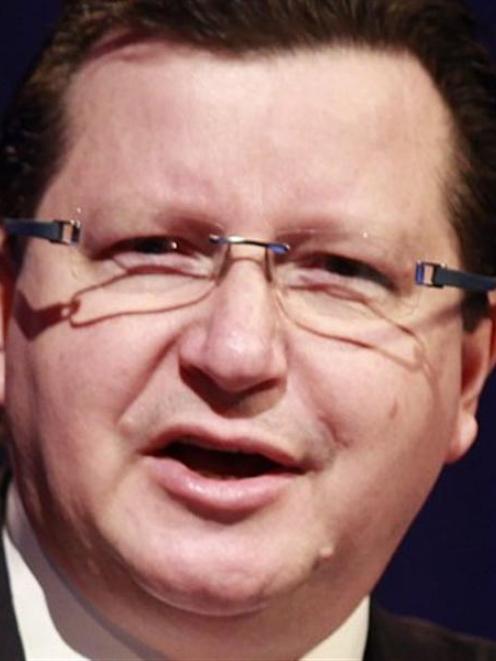 Nigel Morrison.
SkyCity's $700million convention centre and hotel project in central Auckland has contracted Fletcher Building for $477million of the work, expected to begin by December.

SkyCity yesterday announced the contract for Fletcher to design and build the 32,000sq m convention centre, a five-star 300-room Hobson St hotel, a retail lane between Nelson and Hobson Sts and a 1327-place car park.

Despite controversy over the project, there was negligible political response to yesterday's announcement, other than Minister of Economic Development Steven Joyce talking up the importance of the ''national facility''.

He said SkyCity had agreed to invest an additional $69million in the convention centre ''over and above its contracted commitment'', taking its overall commitment to $700million.

Fletcher, which built SkyCity's Sky Tower 18 years ago, saw its shares trading up slightly, around $7.46, following the announcement.

The project has been controversial, with the National-led Government having signed off a huge increase in SkyCity's gaming table numbers in return for SkyCity building the convention centre project, which the Government has touted as an international business and tourism drawcard for the economy.

Mr Joyce said SkyCity had agreed with the Crown to spend at least $430million on the conference centre, in return for a range of gaming concessions, including the extension of its Auckland licence until 2048.

The gaming concessions include allowing an additional 230 poker machines, 40 extra gaming tables and a further 12 gaming tables, the latter changeable into an automatic table game, seating up to 20 players.

The concessions are to begin on the day the main construction contract is signed and apply for the next 35 years.

SkyCity chief executive Nigel Morrison said the agreement with Fletcher was a ''watershed moment'', noting all resource consents were in place to begin construction by December, with completion by early 2018 and opening about mid-2019.

He expected 1000 construction jobs would be created, about 1140 jobs later in the conventions, retail and hospitality sectors, and the overall projects to create an ''inner city building boom'' putting an estimated $6billion into the local economy over five years.

Mr Morrison said the latest indications were SkyCity would spend $471million on the convention centre, an additional $159million on the new hotel and $73million, most of which is on the new lane, airbridge, retail fit-out and additional car parking.

''The company was still considering options for financing the hotel,'' he said.

SkyCity had recently raised $125million in a bond issue and has more than $300million in committed undrawn bank facilities to use, giving ''sufficient headroom'' to fund the convention centre and Hobson St hotel projects, Mr Morrison said.

Other funding options included the sale of its Federal St car park in Auckland, and outside investors to fund construction and ultimately own the Hobson St hotel, he said.

The convention centre had 90% of construction costs ''fixed or capped'', while 88% were capped for the hotel, with the respective balances still within SkyCity's control, Mr Morrison said.