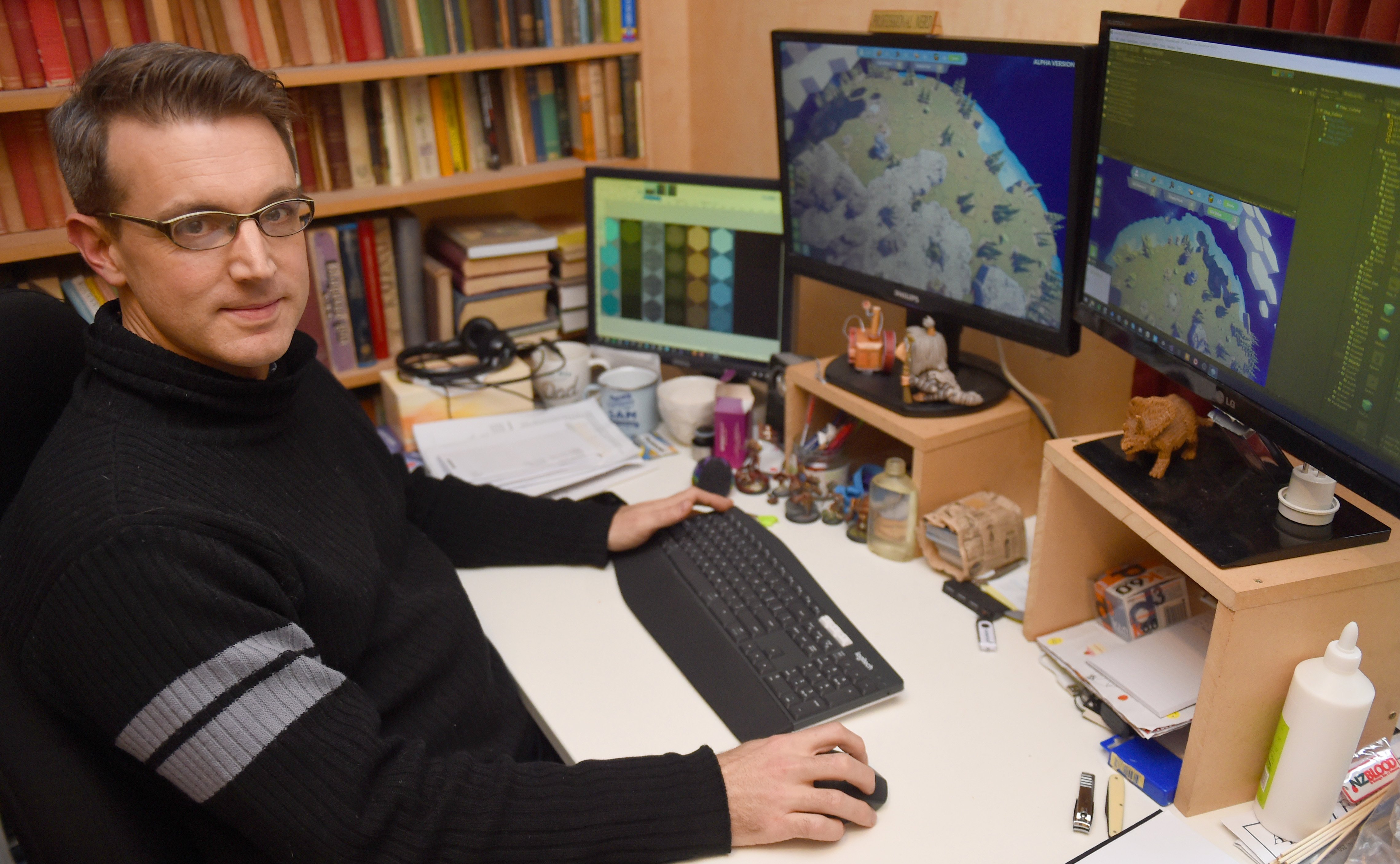 Sam Barham. Photo: Gregor Richardson
A video game designed by a Dunedin developer has caught the eye of the wider industry, taking the top spot in a national competition.

Dunedin game developer Sam Barham won top spot at the Kiwi Game Start competition in Wellington on Friday for his game Before We Leave.

It was an improvement on last year, when his game was chosen as a finalist for the same award.

The award - for people starting out in the industry - comes with a $25,000 prize as well as mentoring from a senior member of the gaming industry.

The inspiration for the game was one of the floats at the midwinter carnival in Dunedin a few years ago - a whale with a building on its back.

While the money would go towards the further development of the game, it was the mentoring which would have the largest impact.

"I really entered the competition because of the chance for the mentoring. The money is nice and will really help, but having the opportunity to learn from someone already in the industry is what motivated me to enter again."

He was unsure who his mentor would be or what specifically he would spend the money on.

"I could either hire some people to help with the development or spend some money on the art and music side."

What started as a hobby building a game 18 months ago has now turned into a fully fledged venture.

His development company Balancing Monkey Games has released a test version of the game which is a non-violent city-building game, set on multiple planets.

Even though the game has not been released publicly, it has still managed to find a following.

"It's been a pretty amazing 18 months, to be honest, and this award also validates that people in the industry believe in what I am doing."

There was still no set date for when the game would be released publicly.