The Otago Chamber of Commerce sent its chief executive John Christie to Portland, Oregon, recently to research economic development tools that could be applied to Dunedin. Business editor Dene Mackenzie talks to Mr Christie and chamber president Peter McIntyre about the next steps. 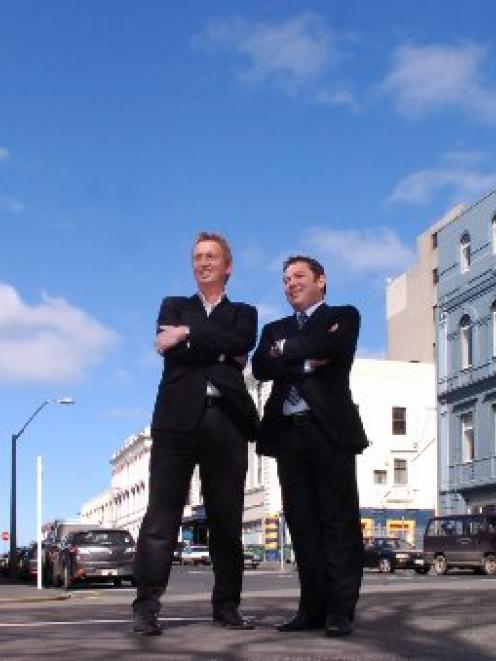 Over the years, we have seen rates relief, incentives for out-of-town businesses to relocate here, council staff presenting business relocation plans to prospective city residents and personal testaments of why doing business in Dunedin is easy and rewarding.

However, for each plan introduced, another one fails.

The Otago Chamber of Commerce has taken upon itself to lead the debate on establishing a plan that is simple to understand, has a long-term focus and will outlive the electoral cycles of the council.

Chamber chief executive John Christie visited Portland, Oregon, because of the striking similarities between Dunedin and the United States city.

Both were port cities that had a declining industrial base.

Portland had an identity problem in the US, being widely regarded as a laggard.

"But over time, they have turned themselves around, to have a marvellous story to tell," Mr Christie said.

The main thrust of the good news story was the economic development policy, which had a long-term focus and was not subject to political interference through electoral cycles, he said.

There was recognition that a successful economic development plan had to be carried through for a decade or more to be successful.

"You can't waft around. You set it and achieve it."

Public-private partnerships (PPPs) played a significant part in the success of Portland's urban renewal programme, Mr Christie said, and he urged Dunedin to adopt the idea and adapt it so that it could be successful in the city.

A visit to Melvin Mark Brokerage convinced Mr Christie that PPPs to develop some of Dunedin's historic precincts would work.

Melvin Mark was a real estate company and developer. It was one of several developers working with the Portland Development Commission, using private, state and federal funding to improve parts of the city labelled "blighted areas".

"You can see that in some parts of our own city."

The Portland Development Commission puts out tenders to which developers respond with proposals which must include a large component of green development.

The tender process had become competitive, with tough negotiations to meet the requirements to gain public funding.

Mr Christie said developers were reluctant to be involved at the start, because they believed there would be a huge increase in costs in making the developments green.

Over time, they had come to understand that the better, more sustainable developments attracted better tenants, which provided longer-term benefits and were good for the city as a whole.

While developers controlled the refurbishing of the buildings or city blocks, the commission took responsibility for the streetscape, making it more attractive from a public perspective, he said.

The commission also removed the "silos" within itself which hampered development, he said.

"Each department knows it has to make its bit of the plan work and they couldn't do their part of the plan in isolation."

Mr Christie said Dunedin could follow the plan adopted by Portland and work with structures such as the University of Otago, housing developments and businesses.

One of the fascinating parts of the Portland process was the requirement to plan for public transport in each development.

Portland had a north-south and east-west light-rail loop that was free to use and paid for by ratepayers.

Each development had to have a way of connecting to the rail loop. The commission wanted people out of their cars and either walking or taking the trains.

In Dunedin, if the former chief post office was turned into residential accommodation, part of the development plan would be linking it to the rest of the city and the university, if this city followed the Portland model.

About 20% of the cost of linking to the rail loop in Portland came from the property owner or development.

There was also a "social good" component, in the form of an affordable housing development, to ensure that residents were not priced out of the market, he said.

In Dunedin, "catalytic projects" could include Bond St and the surrounding precinct, South Dunedin and some of the blighted housing around the university, Mr Christie said.

A few kilometres away from Portland, Beverton was home to technology companies such as Intel, which had about 17,000 employees. Nike also had a presence in the region, employing nearly 8000 people.

Mr Christie likened Beverton to what could happen in Mosgiel if the right sort of economic plan and development strategy was adopted in Dunedin.

"We don't need 10 pages behind every suggestion spewing out definitions. People can determine what things like vibrancy mean to them without help.

"People tell me we have the best main street shopping in New Zealand. That's vibrancy."