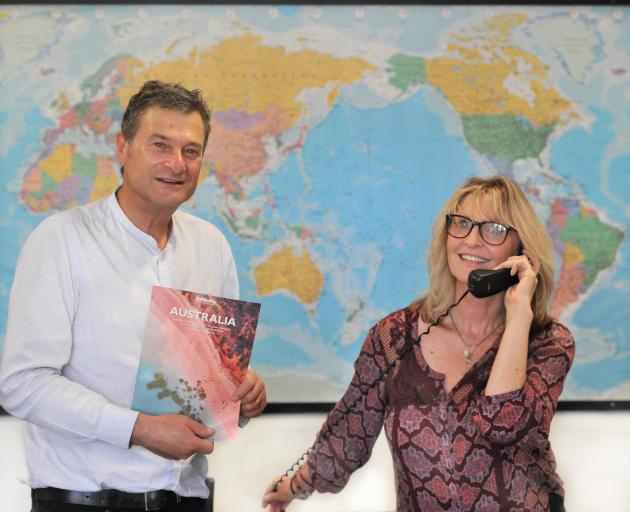 Dunedin travel brokers Vincent George and Rosann Connolly-George are poised to facilitate transtasman travel. Photo: Christine O'Connor.
There was frustration, and a glimmer of optimism, after the Prime Minister, Jacinda Ardern, said yesterday the Government would reveal the start date for a transtasman travel bubble on April 6.

The news has been met with some relief by those in the hardest-hit industries, but Queenstown Lakes Mayor Jim Boult was unimpressed.

He likened getting a date for the bubble to pulling teeth.

It would likely be the end of April at the earliest before airlines were ready to start more transtasman travel.

That would cause further issues for tourism operators in the South already struggling, he said.

"For people that are tired, stressed and pretty much at the end of their tether, five weeks is a long time."

He had been expecting a date to be announced yesterday, and he believed many in the tourism sector had been in the same boat.

"It’s nice to know the Government is carefully considering it, but I’d love a date.

"A lot of operators are really, really struggling at the present time."

Speaking at a post-Cabinet press conference, Ms Ardern acknowledged New Zealanders wanted certainty about the bubble, but said it was "highly complex".

It needed all technical issues resolved and appropriate regulatory mechanisms in place, she said. Director-general of health Ashley Bloomfield will also provide an assessment.

The Government was looking at a state-by-state bubble.

She said Cabinet was working through "with a lot of detail" some of the major issues, such as New Zealanders potentially being stranded overseas.

She said it was very likely the Government would shut down travel if there was a community outbreak where the source was not known.

"On both sides of the Ditch, there will be an element of buyer beware."

Dunedin travel brokers Rosann Connolly-George and Vincent George, of Vincent George Travel, were looking forward to confirmation of the bubble.

People were eager to reconnect with family and friends in Australia, Mr George said. But the couple wanted to provide firm information for clients and Mrs Connolly-George found the prime minister’s announcement "ever so slightly frustrating".

Mr George said people had to remember that in countries more affected by Covid-19 than New Zealand, the tourism infrastructure needed to be ready to accept people.

He expected progress to ripple out from Australia and the Pacific to Asia and eventually Europe.

‘‘A little flame is a flicker at the end of this tunnel which we anticipate in time will grow brighter,’’ Mrs Connolly-George said. 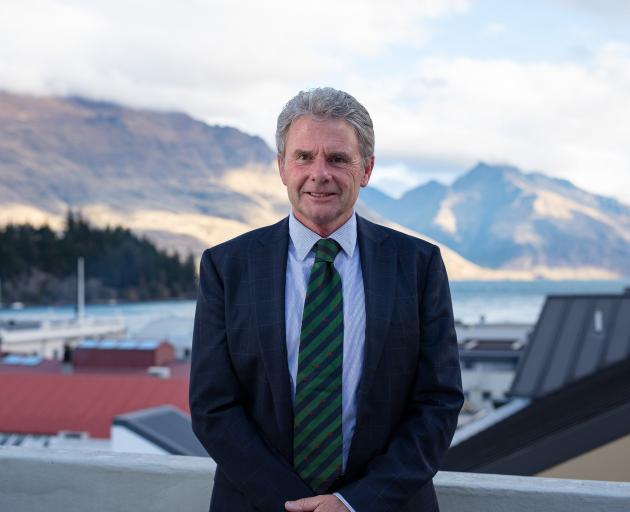 ‘‘They’ve been pretty cautious, which is understandable in some respects, but there is a level of frustration, from businesses who are thinking of shutting or simply hibernating, wanting to have some certainty to make decisions.’’

It was good news for Queenstown and Wanaka as the ski season loomed, but other areas might not receive a huge benefit, he said.

He expected airlines would need about three weeks’ notice to get ready, but a lot of work had been happening behind the scenes.

There was a strong willingness to get travel flowing between the two countries, he said.

Transtasman travel to and from Queenstown made up about 30% of the airport’s custom before Covid-19 struck.

National Party leader Judith Collins said the time for excuses was over.

‘‘The Government has had months to work out the complexities of a transtasman bubble. It's unbelievable that it still hasn't figured this out.’’

I can certainly understand how some business people must be feeling; for a totally different reason, I also had to stop trading and it's not an easy thing to go through. That said, there's just been a MIQ staff member who's tested positive for covid ... it's in Auckland and from what I know, the people working at MIQ hotels have very strict protocols around transmission of the virus.

So now I assume there's going to be another hunt for any close contacts and the same old routine ... Australia will probably shut their borders to us again and the bubble that was in the making will burst before it's even formed.

I'd just like to remind business owners and staff, that it could have been a LOT worse, and still could be, if people don't follow the rules and make NZ safe for us all. Anyone who thinks that opening the borders won't lead to another outbreak of covid is just daydreaming ... let the people who actually KNOW something about this virus do their work and stop whinging.

Maybe we should also look at other countries who still have increasing numbers of covid cases and deaths ... do we really want the same thing to happen here ???

Of course businesses and the tourism sector want certainty. That is a given, and they deserve our sympathy and support, but to blame the government for not giving them certainty is a bit off.
There is nothing predictable about COVID19. Certainty is a luxury not available when you're talking about a virus, how it spreads and mutates. Last time we got close to opening boarders with Australia they had community cases again. We dodged a bullet.

Australia has handled the pandemic similar to NZ, they don’t want COVID as much as we do.
Business is going much better over there, open the bubble, reunite families, breathe some life back into our Tourisim industry.