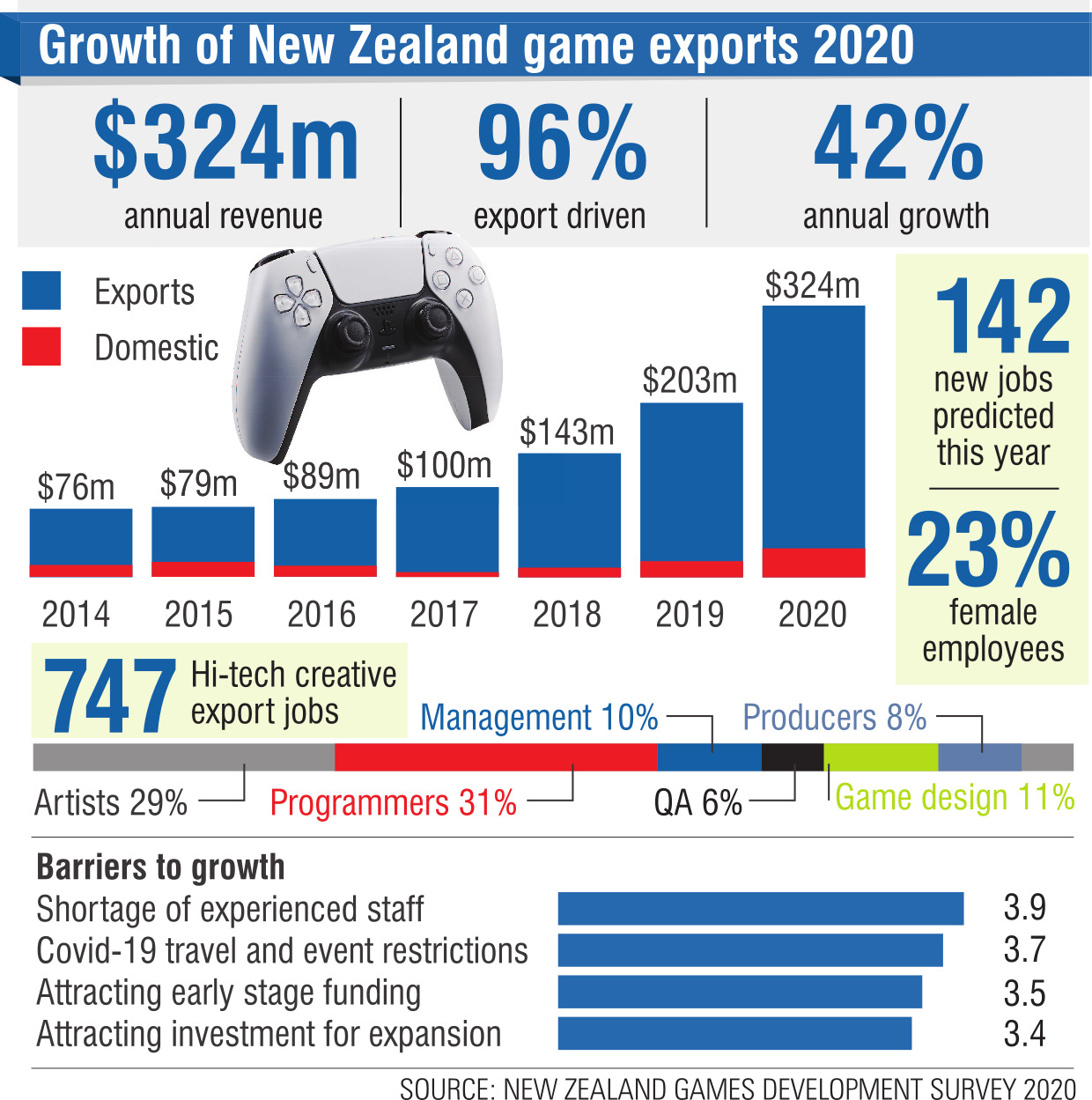 A leading games developer says this country turned down a multimillion-dollar offer from a Chinese company that wanted to develop a game here.

The revelation came from New Zealand Game Developers Association (NZGDA) board member Stephen Knightly at an announcement in Dunedin on Friday the sector’s revenue had rocketed 59% in one year, to $324million.

Minister for the Digital Economy and local MP Dr David Clark was at the event and revealed the headline numbers.

"That’s exciting for New Zealand because this is a sustainable industry with a low carbon footprint that has the potential to grow quite dramatically,"

Among the sector’s other achievements was a year-on-year growth of 42%, lining it up to reach the industry goal of being worth $1billion by 2025.

"There are few other industries that could match that," Dr Clark said.

In his speech Mr Knightly spoke about the barriers that could halt the gaming sector’s growth.

They included finding experienced staff, Covid-19 cancelling conferences where games are pitched to publishers and making sure there were ambitious enough projects to match funding opportunities.

He said in the middle of the Alert Level 4 lockdown a large Chinese production wanted to come here with tens of millions of dollars and for policy reasons "we turned that opportunity down as a country".

"We need to scale up our prototypes to be able to attract investment. There’s a gap there."

Tax rebates were offered to game companies as they were to the film industry around the world, but that was not happening here, Mr Knightly said.

"They’re so used to going to Canada or Australia, where video games can access the screen grants; that’s just how they’re used to operating. But they’ve got no traction in New Zealand."

He said in the end New Zealand might be better off focusing on early stage investment and business capability building in new companies.

"Which in the long term may lead to more sustainable businesses and more New Zealand-owned businesses.

He said some were forming their own studios.

Worth your time to transfer Australian super to NZ