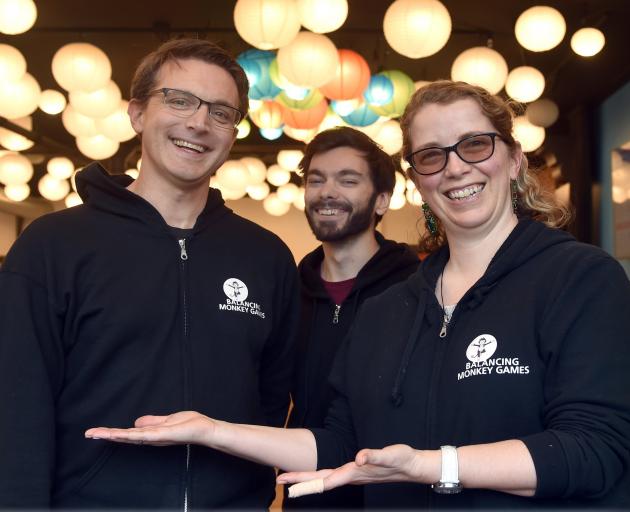 The company — founded and run by Sam Barham — released its first game called Before We Leave in May and has already made 50,000 sales.

It is a non-violent, city building, strategy game.

"If you’ve ever played the old Settlers games, there’s also a series of games called Anno ... those are the main comparisons," Mr Barham said.

It all began as a hobby for Mr Barham, who is a software developer, and created the game while working fulltime at Education Perfect.

He is now fulltime working for his Balancing Monkey Games and his wife Anna Barham joined him in August as managing director, leaving her position at Dunedin South Medical Centre.

Isaac Bennett has also been employed as a game programmer and they have another person on the staff who works from Auckland.

Mr Barham was not surprised to hear of the success the interactive media sector had had in 2020.

"It’s an industry that’s really empowering a lot of people to tell their own stories, that’s one thing I love about it.

"You have these great big, huge games, of course, but there’s lots of smaller games telling interesting stories."

Mrs Barham said she was impressed by the amount of mentoring and offers of help her husband had received in the industry.

"We found it to be a really accepting and warm industry to work in.

"I know that’s not been the case for a lot of people but I think increasingly there’s much more acceptance of diversity and so on."

Mr Barham said he got backing from another game developer who wanted to pay his success forward — which when times got tough helped push him to get his game over the line.

"Someone has put money in, so I have to make this work.

"The times where I was like I just want to give up, it was like no, someone funded me, someone put money in, I’m going to honour that and do the work."

Global domination from Dunedin after years of perseverance