The red meat agricultural sector enters the new year at a crossroads. Agribusiness reporter Sally Rae looks back on 2013, a tumultuous year for the sector and hopes for tangible change this year to ensure a sustainable industry for all involved - but she wonders exactly how that change can be achieved. 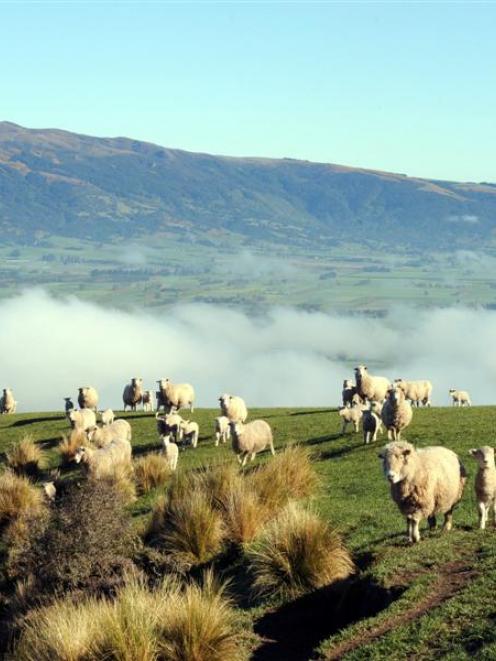 The red meat sector needs to change, but concern remains about its viability. Photo by Stephen Jaquiery.
Over the fence and across the kitchen table, the state of the red meat sector and calls for restructuring dominated farmer discussions last year, as sheep numbers continued to shrink and dairy conversions and moves to dairy grazing continued.

Back in March, Beef and Lamb New Zealand chairman Mike Petersen told farmers attending the organisation's annual meeting in Wanaka that the sector was at a ''critical junction''.

While he spoke of how volatile returns were a threat to the industry's future and farmers were questioning whether the industry had a future, the organisation's economic service estimated farm profit before tax for the 2012-13 season would fall 54% on the previous season because of sharply lower lamb prices and widespread drought.

That same month, there was standing room only in the Gore Town and Country Club as about 1000 people attended a meeting organised by a group of southern farmers.

The group sought - and gained - a mandate from farmers to work with the meat companies to develop a plan for consolidation in the industry.

It was described by one of the organisers, West Otago farmer Allan Richardson, as a ''key day'' for the industry.

The Meat Industry Excellence Group (MIE) was subsequently formed, agreeing on a vision and core objectives that it believed needed to be achieved to get the beleaguered industry ''back on its feet''.

Tapanui farmer Richard Young was elected chairman and the group's initial focus was on gaining a national mandate from farmers for industry change. Further meetings were held in Christchurch and the North Island.

While there was a widespread mood for change, what that change was to be, and how it was to be achieved, has remained the sticking point, it being acknowledged there is no one silver bullet.

One of the major issues has been the make-up of the industry - which is not simple. It is complicated by the disparate ownership of companies, including those that are privately owned.

So a merger is not going to solve all the industry's woes. There are also the very different cultures - and balance sheets - of the two co-operatives to be considered.

In April, Rabobank's quarterly rural confidence survey showed half the country's sheep and beef farmers considered their businesses to be ''just viable'' or unviable.

Some of the ''moving parts'' included ownership models (farmers, overseas ownership, private ownership or a combination of those), reliance on bank debt funding and no certainty of supply. The solution must be comprehensive, not piecemeal, sustainable and, most importantly, must create value, Mr Cooper said.

Not surprisingly, the red meat sector was a major topic of discussion at Federated Farmers' national conference, in Ashburton in July.

A collaborative approach, involving the meat industry, farmers and the government, was needed more than anything, and the first stage was dealing with overcapacity.

With dairy cattle numbers almost double what they were in 1990, sheep numbers almost half and traditional cattle down nearly 20%, the processing industry had ''huge'' overcapacity, which had to be dealt with, ANZCO Foods chairman Sir Graeme Harrison said.

Chairman Graham Cooney said the problems that led to the loss were industry ones. The sheep meat industry reputedly lost $200 million in the period from late 2011 to late 2012.

Challenges in the meat industry were nothing new and had existed since its inception 130 years ago, he said.

There was no one silver bullet, rather there was a whole suite of things that needed to happen, including farmers supporting one company. He was disappointed an arrangement had not been reached within the industry to support a better model.

In his inaugural report, Meat Industry Excellence Group chairman Richard Young summed up the situation when he said that finding the solutions to implement change in the industry was still the major barrier in reaching MIE's goals.

The group had previously refined its six objectives - including having up to 80% of red meat being processed and marketed by one ''coalition of the willing'' and establishing a farmer-controlled entity to acquire sufficient critical mass to optimise market returns for its stakeholders. MIE also developed a new mission statement - to ''reform the New Zealand meat industry to become the world's premium supplier of red meat through a united processing and marketing structure controlled by suppliers''.

In October, a changing of the guard in the industry continued. Silver Fern Farms chairman Eoin Garden announced he would stand down from the board at the company's annual meeting in December, and South Otago farmer Rob Hewett was named chairman-elect.

Mr Garden, from Avenel Station at Millers Flat, joined the board of what was then PPCS in 1998 and was elected chairman in 2008.

Although he had not achieved all that he would have liked to achieve, he believed it was time to go. He regretted the industry's focus - which had always been volume throughput - had not changed to one of creating more value. As more value was created, not only would the companies be better off but suppliers would be more affluent, he said.

Richard Young and Dan Jex-Blake resigned from the MIE executive in bids to seek election to the Silver Fern Farms board, while Don Morrison also resigned in his attempt to secure a place on the board of Alliance Group.

Mr Morrison, from Waikaka Valley, said the status quo clearly was not working, given supply volumes, company and co-operative profitability and farm profitability were all shrinking and indebtedness was increasing.

Alliance Group came under fire from MIE, under the new leadership of Ohakune farmer John McCarthy, for rejecting the nomination of Fonterra director John Monaghan in its director elections. Alliance Group said he failed to meet criteria set out in the company's constitution as his interest in the company was too small.

Efforts to get Mr Monaghan on the board continued, as shareholder Mark Patterson put forward a resolution asking the board to appoint him as an independent director to replace Mr Poole.

Meanwhile, Alliance Group's new chairman, Murray Taggart, said the company participated in a project with other major industry participants to investigate whether a better industry structure was achievable but the group had been unable to develop a proposal that had universal support from within the group and from the wider industry.

Both southern-based co-operatives reported in November for the year ended September, their respective results at variance. Alliance Group recorded an operating profit before restructuring costs of $10.9 million, a turnaround on the loss of more than $57 million for the previous corresponding period.

Mr Taggart described the return to profitability as a positive result, albeit at an unsatisfactory level, after a year with widespread drought conditions and lingering economic weakness in key export markets.

Silver Fern Farms announced a net operating loss after tax of $28.6 million. While an improvement on the previous year's $31.1 million loss, it was described by Mr Garden as very disappointing and unacceptable.

The company said a strategic review of its business, by consultancy firm PricewaterhouseCoopers, would focus on future options.

In December, the mood for change among farmers was clearly evident in the results of the director elections.

Mr Morrison was elected to the board of Alliance Group, while Jason Miller - ironically a founding member of the Meat Industry Action group - was dumped, while Mr Young and Mr Jex-Blake were elected to the Silver Fern Farms board,

David Shaw being unseated. Mr Hewett said the increase in voter turnout reflected the understanding real reform was needed across the industry.

However, the board had earlier said he did not have the skill set and experience being sought. An announcement on an independent director appointment has yet to be made.

Alliance Group also revealed it had entered into negotiations over a potential purchase of Blue Sky Meats' assets but no agreement was reached.

Privately owned ANZCO Foods reported net profit after tax of $12.2 million for the year to September, compared with a $19.2 million loss the previous year.

The feedback would be used to craft the rural lobby organisation's strategy for the industry going forward. Surveys are due back by Monday.

Hopefully, 2014 will be looked back on as a year when the red meat industry did indeed get back ''on its feet''.

A sustainable and profitable industry is needed for all participants - from the farmers to the meat workers, companies and communities - and for New Zealand's economy.

It can no longer be put in the too-hard basket. It requires urgent attention. 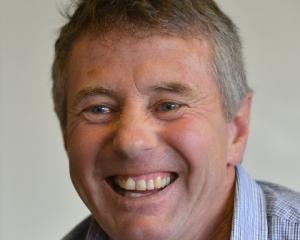 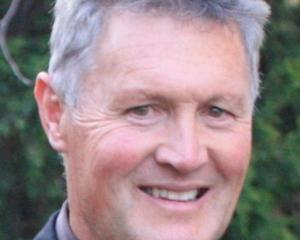 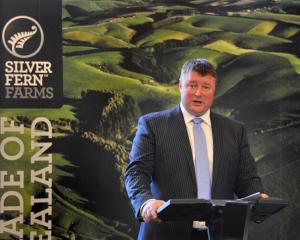 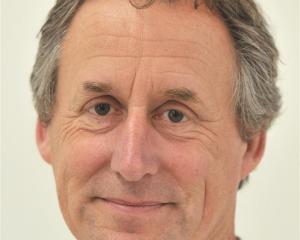 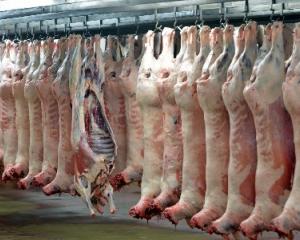 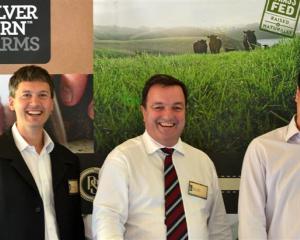 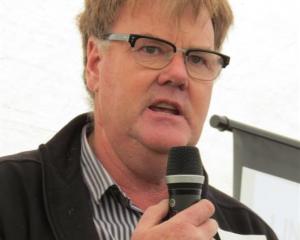 English to step down 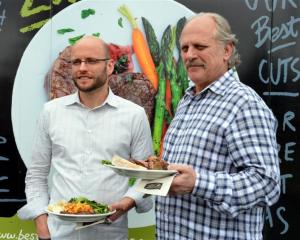 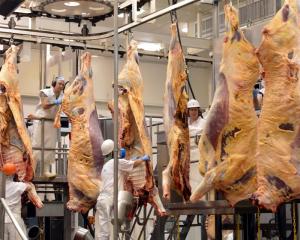