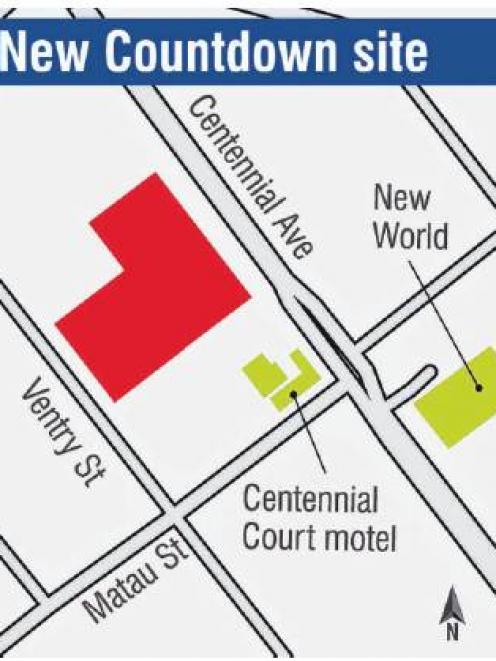 Mr Rae was commissioned to make a decision on the resource consent application for the 3000sq m supermarket on a 0.8ha site bordering Centennial Ave and Ventry St following a hearing held on November 23 and 24 last year.

The application was publicly notified on May 28 and 22 submissions were lodged: three neutral, seven opposed and 12 in support.

Prior to the hearing the applicant, CPD 2012 Ltd, provided written confirmation that it was not proceeding with a pharmacy or cafe as part of the application.

Several other amendments to the proposal were announced at the hearing to also address matters raised in submissions, and in a report before all matters were concluded on December 23.

In conclusion, Mr Rae said he granted resource consent on the basis the proposed supermarket would bring bring significant economic and social benefits to the people of Alexandra, and the location at the interface of the residential and business zones was appropriate given the lack of suitable sites in the business zone.

The proposal would inevitably result in a significant change to the residential character of Ventry St, but the the adverse effects on residential amenity could be satisfactorily managed through the changes in design, other mitigation measures, and by the construction and on-going operations to be in accordance with approved management plans, he said.

"Consent can therefore appropriately be granted, subject to appropriate conditions.''