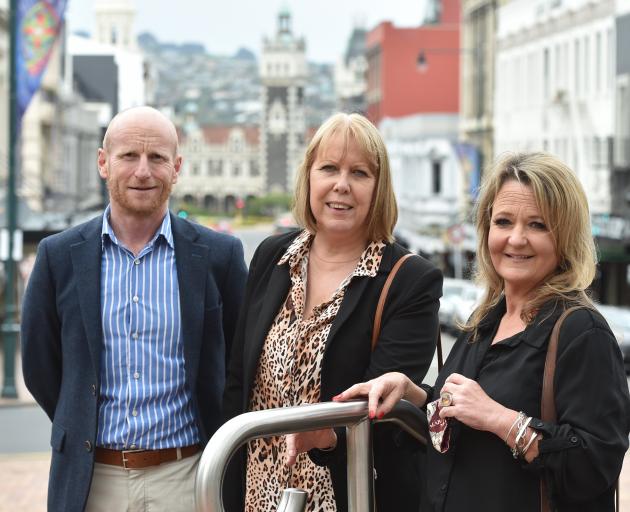 Dean Delaney, Deb Sutton (centre) and Megan McLay, all of Dunedin, have formed a new employment group to help collaboration across industries. PHOTO: GREGOR RICHARDSON
A Dunedin group has been set up to help the "struggling" southern labour market.

Traditionally, agencies worked on the same goal but did not work with each other.

It was hoped it would break down the "silos" between them all, Ms McLay, who is co-chairwoman, said.

"It is about bringing everyone’s knowledge together and learning from each other.

"We wanted to be part of the solution and that solution is us all working together," she said.

The group was formed to create a not-for-profit network of employment and career professionals to develop and implement professional development, information sharing, coaching and events.

It was widely known the labour market was struggling with a nationwide skills shortage and the group would provide ideas and ways industries could come up with solutions to find staff, Ms McLay said.

Mr Delaney said there were more jobs available in Dunedin than there were people to take them.

Dunedin had not done a good job in attracting people to the area and the group would help fix that.

With flexible workplaces becoming a trend, Mr Delaney believed Dunedin was a great place to be because of its location and lifestyle opportunities.

"We haven’t done a great job of telling that story and I think we need to be a bit louder," Mr Delaney said.

"They are concerned that if they move from their employers at the moment, who have supported them through the pandemic, are they still going to have that same level of security," she said.