Hillside not a winner in Govt's KiwiRail spend 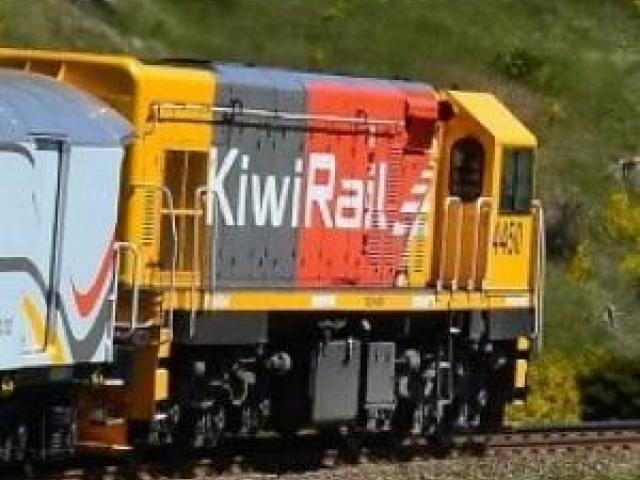 A $1 billion investment in New Zealand's rail network was announced as part of last month's Budget.
The Government has revealed more details of its billion-dollar KiwiRail spend, but it's unclear by how much Dunedin's Hillside Workshops stand to benefit.

The announcement included "major upgrades" of its Hutt and Christchurch maintenance facilities, but did not specifically mention Dunedin's Hillside Workshops.

However, it did say: "There will also various upgrades at other KiwiRail maintenance depots all around the country."

KiwiRail would be replacing and repurposing old and outdated stock, with more than 100 new locomotives and 900 new container wagons to be ordered and in place by the end of 2023.

Mr Peters said the government was addressing three decades of under-investment in the rail system.

"Part of the funding package will go towards replacing the tired and worn-out 50 year old locomotives in the South Island. We've kick-started the replacement process for more than 100 locomotives. New locomotives mean more reliable services and less maintenance costs.

"In addition, 900 flat-top container wagons will be replaced with new, larger ones in our busiest corridors, giving KiwiRail a more competitive freight service," Mr Peters said.

Mr Jones said on top of the Budget's $300 million for regional rail, the Provincial Growth Fund has already given $183 million to rail to create growth in the regions.

"We've re-opened the Napier to Wairoa line, which will be crucial for the local forestry sector and is expected to replace 15,000 truck journeys each year on the region's roads, making them safer and reducing wear and tear."

Mr Robertson said the funding was only the beginning of a commitment to rail.

"The more freight we put on rail the better, it has a benefit for our emissions profile and also for the way that New Zealanders feel safe when they're driving.

"Secondly, this will add to productivity. We know that if we can get out rail network humming across New Zealand we will be able to more efficiently move goods and people around the country."

Mr Twyford said the country's rail network has been in a "state of managed decline" for too long.

He said the government's 'Future of Rail' report, due out in the coming weeks, would outline its 10 year programme of potential investment and benefits.

- Hoists and generators for Westfield and Southdown in Auckland

the government buys Chinese locos that's why / cheaper than making in new Zealand . that's about it.