Ms Ross has declined to name the Australian company for confidentiality reasons.

She told the Otago Daily Times the buyout would have involved a five-year contract with her as head of brand, plus royalties, and would have helped expand Kester Black globally at a faster pace.

But she wanted to work with her customers herself and share a great success story with them three or so years down the track.

‘‘It was new for me to think ‘Do I have nearly $24 million in the bank?’ but we had already decided we wanted to get our customers on board and that was exciting and nobody else has done that in the beauty industry.

‘‘So for us to turn around in the middle of that and say, ‘Oh yeah, I didn’t really mean it’ wasn’t what I wanted to do,’’ she said yesterday. 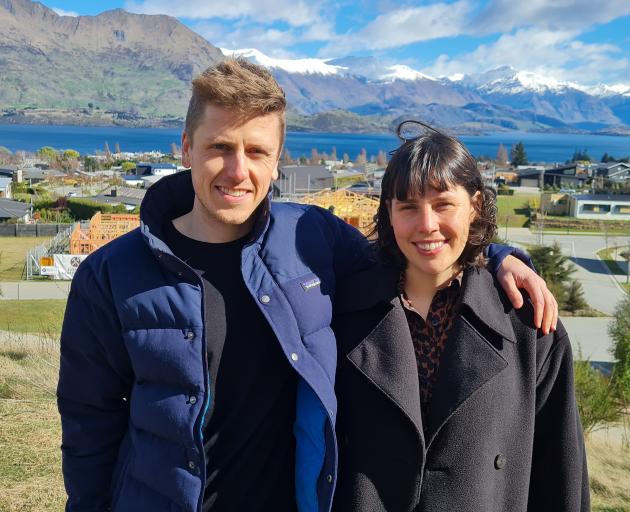 Kester Black founder Anna Ross, of Wanaka, with her partner in life and business, Fergus Sully. PHOTO: MARJORIE COOK
The Otago-born, Otago Polytechnic fashion studies graduate said staying with the business she founded in Melbourne 10 years ago gave her options, and she would not have to walk away from Kester Black after five years.

‘‘I really believe in this business,’’ she said.

The investigation process had been a good learning experience and had validated the value she had put on her company, at about 17% of revenue, of between $A22 million and $A24 million, she said.

She had converted at least 31% of the 2300 people who had preregistered to buy shares in blocks starting from $A250.

‘‘There are quite a few people from Wanaka on the list . . . and I am going to buy some shares for my boyfriend this afternoon,’’ she said.

Today, the campaign opens up to the wider public and Ms Ross hopes to reach $A2.2million by Sunday.

Kester Black limited the share issue to 1million at $A2.20 each.

‘‘It was pretty wild. We pretty much reached our first million in 24 hours,’’ she said.

Ms Ross said the official campaign closing date is October 14, or earlier, if all shares sell out.

‘‘What happens then is the money is collected and then shares are issued to each person ... That’s where the fun part starts. Everyone who buys shares goes on to a product development committee and we will start asking everybody what their favourite products are and what we should be developing next,’’ she said.

Ms Ross wants to expand the Kester Black brand of beauty products, including nail polish and lipsticks, and extend distribution networks beyond New Zealand and Australia, into Europe and the United States.

The crowdfunding campaign was originally scheduled for earlier this month but was delayed to allow Ms Ross and her team to complete offer documentation and investigate the approach from the Australian company.