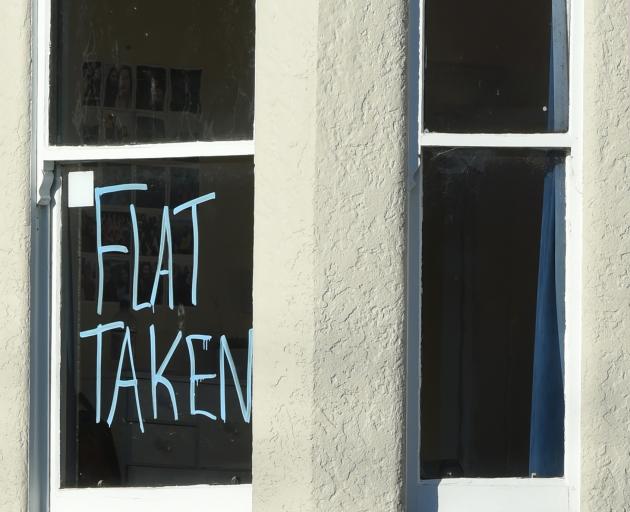 Landlords and tenants face uncertainty. PHOTO: GREGOR RICHARDSON
The Property Investors Federation is not going down without a fight as it ramps up criticism of Labour's policy of making renting secure and healthy.

They were policies allowing tenants to make minor alterations if they paid extra bond and giving landlords access to grants of up to $2000 for upgrading insulation and heating.

First-home buyers, and other home owners, would not want to wait three months before they could move into their new home.

``Rather than tenants staying in place, landlords will probably give tenants notice as soon as they decide to sell the property.''

Properties were more likely to be empty when being sold with no prospect of the sitting tenant being able to stay on should it be sold to another landlord. That was likely to increase the number of empty properties when more were needed, Mr King said.

Labour leader Jacinda Ardern also planned to limit rent increases to once a year rather than the current once every six months. The formula for rental increases was to be specified in the rental agreement.

Mr King said many costs could increase over a year. If landlords had to wait a year before they could increase rents, they were likely to maximise rental prices just in case costs increased.

However, the policy could be good news for rental property owners who did not often increase rental prices.

``If there is an expectation rents will increase annually, and both tenants and landlords knowing the formula for them to increase, it is much more likely rental increases will occur more often than at present.''

Depending on market conditions, either the landlord or the tenant could receive the benefit of letting fees. In Christchurch, there was a surplus of available rental properties. Landlords were paying property managers a letting fee to help them find a tenant.

In other parts of the country, it was harder to find rentals. Some tenants were willing to pay a letting fee as it gave them an advantage over others who were unwilling to pay for the service.

By banning letting fees, Labour was banning choices for tenants and landlords, he said.

"Secure and healthy"? My goodness we can't have that.