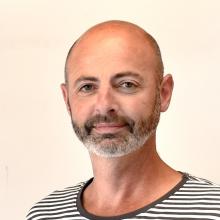 Andrew Henderson
If your income has reduced, you probably need to cut back on your lifestyle — or risk accruing big debts.

That is the advice from Dunedin Budget Advisory Service executive officer Andrew Henderson.

In light of people having their work hours or salaries reduced due to the effect of Covid-19, he expected an influx of calls for help from people who were not the service’s usual clients.

‘‘There’s going to be a whole new clientele that hasn’t had to engage with services like ours before or even engaging with the welfare system, perhaps, and they just don’t know what help is available out there.’’

He wanted people to know the budget service was available and that there was nothing wrong with asking for help.

‘‘I guess I’m just trying to get a bit of a shout out that we’re here and we realise it’s a difficult time and there is actually no shame in reaching out for help.’’

Mr Henderson said the elderly, in particular, should not be ashamed to ask for help.

‘‘Often, they have a lot of pride and it’s shameful to ask for help.

‘‘They’ve got the attitude of ‘there’s people worse off than myself’. So they don’t ask for help.

‘‘We would really encourage them to reach out for help as well.’’

Staff would be working from home but calls to the office were being redirected to them.

They were not busy right now and Mr Henderson said he had been speaking to a Christchurch budget adviser recently about a similar quiet period after the earthquakes there.

‘‘They were expecting this avalanche to happen after the earthquakes and it was really quiet.

‘‘People just ... I guess, had so much to deal with they weren’t even thinking about reaching out. They were just trying to cope and then, over time, the demand really went up.’’

The biggest concern was when a large number of people on reduced pay would need to address how they spent their money, he said.

‘‘It’s really time to think about needs versus wants.

‘‘If you’re trying to live in the lifestyle to which you were accustomed previously and you know you’ve had your income reduced, things are going to need to change. You can’t just continue as if nothing’s happened.

‘‘You do actually need to deal with it. That’s possibly where we’re going to see an increase in credit card debt.’’

His advice was to keep a close eye on credit card balances and the ability to repay them.

‘‘Maybe you used to use your credit card and you could pay the bill each month and now you can’t and you’ve noticed your credit card balance has started to creep up and you’re not able to get it down. That’s a real warning sign that you’re living beyond your means.’’

He was aware of a drive for people to spend money to help stimulate local economies but that had to be done in a ‘‘managed way’’.

‘‘Absolutely, I understand supporting local retailers and obviously yes, the economy needs people to spend money for it to thrive. But don’t spend money you haven’t got.’’

Banks were not doing enough. Mr Henderson said. The offer of mortgage holidays gave little to their customers.

‘‘A mortgage holiday actually means you’re going to end up paying more money in the long term. It’s just putting the problem off for a while.

‘‘It might give you a bit of temporary relief for three months, or what have you.’’

He said he managed to talk one client out of getting a mortgage holiday.

‘‘But he could managem, so I encouraged him to keep paying [his mortgage] if he could.’’

Dunedin Budgeting Advisory Service can be contacted at (03)471-6158 or budgetingdunedin.co.nz.