Training and mentoring 'such an amazing feeling' 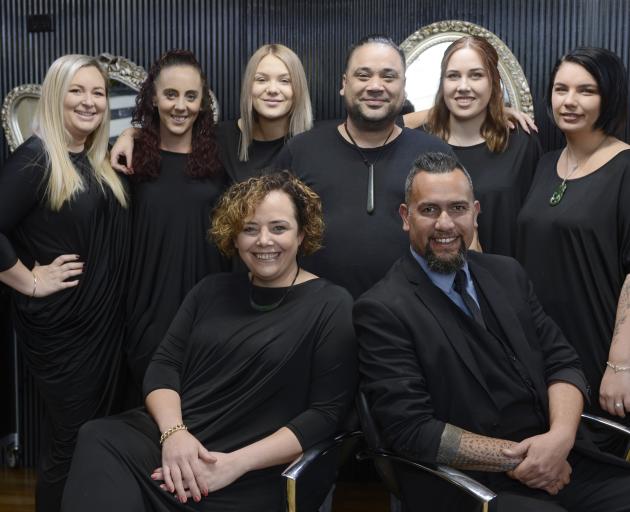 But on reflection, it was the best decision they ever made, as building an ''amazing team'' evolved from there, Mrs Reihana said.

Aurum was among the employers to be acknowledged in the first nationwide campaign to recognise and thank those who have qualified apprentices and trainees.

Mrs Reihana originally came from a salon in Arrowtown with the same ''massive'' focus on training she had mirrored in her own salon.

In 2009, she won HITO (Hair and Beauty Industry Training Organisation) NZ Apprentice of the Year.

''This was such an incredible time for me. My mission then was to mentor as many as I could, in the same way my boss had mentored me,'' she said.

Aurum opened its doors five years ago in Mornington with just Mrs Reihana. It has grown to a team of eight, including two senior stylists who qualified at Aurum and two apprentices.

In 2016, Aurum won the Maori in Business award at the Westpac Otago Chamber of Commerce Business Awards, and it has won various other industry awards.

''We know for sure that all these amazing business achievements were made possible by the incredible team we have built together. The majority of them trained and qualified through our salon,'' she said.

Aurum recently signed up its fifth apprentice. It had now trained and qualified three apprentices. One was now a successful hairstylist in Brisbane. ''We keep in close contact. It is so amazing watching her success. I feel very proud.''

The other two qualified this year and worked full-time on the floor with Mrs Reihana.

When it came to the benefits of having an apprentice, Mrs Reihana said training someone else in your craft was ''such an amazing feeling''.

''We don't just teach our team about hair, but how to be successful business people, goal-setting and the steps to achieving them, self-empowerment and confidence in their own abilities, the feel-good rush of helping clients feel amazing, monitoring their key performance indicators, teaching them the value of being a good person in business and that their hard work pays off as they progress through our training programme.''

Advantages for the apprentice included the ability to qualify at a young age. They were paid to learn and there was no student debt.

It took three to four years for them to get qualified but they were usually taking on clients of their own by their second year.

A senior staff member was in charge of training. The majority was done in salon and there was also off-job training which, in 2019, would be done through Otago Polytechnic.

Investing in training had been such an important part of Aurum's business model, Mrs Reihana said.

''It has meant we have helped those people to develop the same passion for our craft that we have and there is really no greater feeling as a trainer.

''Having the patience to train your own team and always have different levels of staff moving through the business mean that if people decide to move on, there is then the opportunity for the next apprentice to step up into their place,'' she said.

ITF chief executive Josh Williams said there were 25,000 businesses employing 146,000 apprentices and trainees which made employers the largest provider of tertiary education in the country.

''These employers are not just training people for jobs, they're securing the future for their industries.

''We want to encourage more employers to get involved to help respond to skills shortages which span construction and infrastructure, manufacturing and technology, primary industries, social and community services, the services industries, and creative industries,'' Mr Williams said.