Mad Butcher back in family ownership 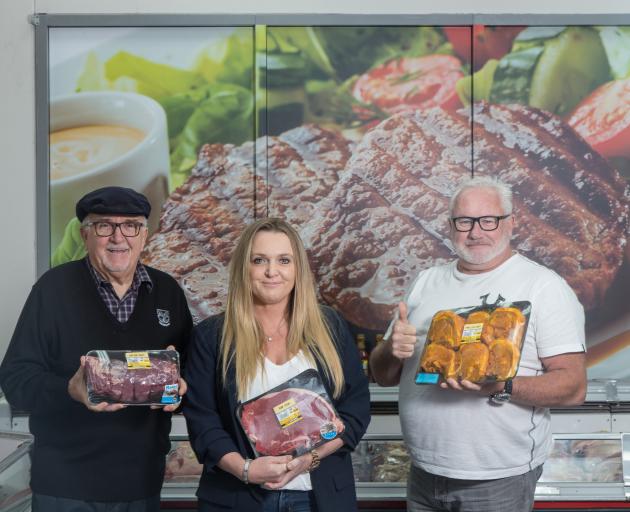 Veritas announced earlier this year it was investigating a sale or merger of its profitable Better Bar Co as the NZX-listed firm sought ways to repay lender ANZ Bank New Zealand.

The sale of the Mad Butcher franchise was confirmed yesterday for $8 million. Veritas had bought the business from Mr Morton and Ms Leitch five years ago.

Veritas exited the unprofitable Nosh supermarkets last year and announced a conditional agreement to sell the Mad Butcher franchisor to chief executive Michael Morton, with an independent adviser's report set to be mailed out to shareholders once a date for a special meeting has been set.

The $8 million sale price for the Mad Butcher franchisor would generate a $5 million accounting gain and go towards repaying ANZ, BusinessDesk reported earlier.

However, it would be less than a quarter of the $40 million price tag attached when Veritas bought the franchisor business in 2013, of which Mr Morton received $20 million in cash and $20 millon in shares.

Veritas said in a statement the $8 million included an amount to discharge Veritas' trade creditor liability. The balance would go towards repaying ANZ which had been overseeing a wind-down of the business to claw back as much of the $28.5 million the lenders owed.

The deal was subject to shareholder approval given it would change the nature of the business by leaving The Better Bar as the sole operating unit and because the value of the deal was more than half of Veritas' average market capitalisation.

In a statement, Mr Morton said he and his wife had a strong emotional attachment to the Mad Butcher brand started by Sir Peter nearly 50 years ago.

''The success of the Mad Butcher has always been about it being very much part of the local community, combined with the family-owned nature of the stores.''

Some of the changes being brought in by Mr Morton and Ms Leitch included online ordering through Facebook and in-store pick-up, and there were plans to offer delivery options in the future.

There would be an expansion of the range of meat packs across all 26 stores and increased support for local communities by providing low-cost ''sausage and bread'' packs for sports clubs, schools and other organisations to use for fundraising.