Mainzeal: Twice as much compo sought from ex-PM 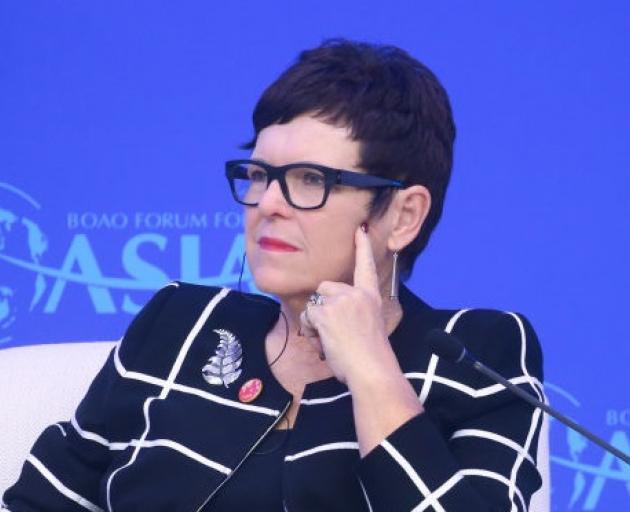 In late February this year, Justice Francis Cooke ruled that four directors of the failed construction company should pay $36 million to unsecured creditors.

The judge ordered that Shipley, Tilby and Gomm were liable for up to $6 million each of the $36 million total.

In the case of a fourth director, Richard Yan, who was also the founder and main shareholder of Mainzeal's parent company, Shanghai-based Richina Pacific, Justice Cooke said he should be liable for the full $36 million. The four directors have already filed appeals.

In their cross-appeal, Mainzeal liquidators Andrew James Bethell and Brian Mayo-Smith said the court erred in applying a discount of two-thirds to the starting point for compensation of $110 million and limiting the directors' liability to $6 million each, or 5.45% of the total claims filed in liquidation.

They also said the court was wrong to order compensation from ex-Prime Minister Shipley at the same rate as Tilby and Gomm, "given her role as chairperson of Mainzeal, a director of other companies within the group... and her position as a director of, and her interest in, Richina Pacific Limited, Mainzeal's holding company until 2009."

According to the cross-appeal, "her culpability was significantly greater than the culpability of Messrs Gomm and Tilby."

They want an order for the directors to be liable to the respondents for a percentage of the sum of $73.3 million, being two-thirds, as opposed to one-third of the total creditors' claims of $110 million.

Within that, they call for Shipley, Gomm and Tilby to be jointly and severally liable with Yan for no less than 20% of $73.3 million together with interest.

It also seeks Shipley to be jointly and severally liable with Yan for an additional 30% of the sum of $73.3 million together with interest.

If other elements of their appeal are accepted they have suggested different calculations - all of which involved a higher amount in total - and for Shipley, in particular.