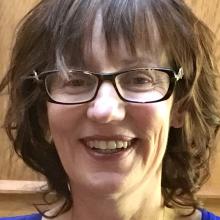 Virginia Nicholls
Manufacturing activity in Otago and Southland has reached a 22-month high in September, shrugging off any uncertainty about the outcome of the election and the ongoing coalition negotiations.

The BNZ-BusinessNZ Performance in Manufacturing Index recorded Otago-Southland having a reading of 61.7 points, well above the average for the past year of 54.5 and the highest level achieved in 22 months.

Business Central, which includes the Wellington region, topped the index at 65.3, followed by Northern EMA on 56.4 and Canterbury Employers and Chamber of Commerce on 54.7.

A reading above 50 indicates expansion and below 50, contraction.

Mrs Nicholls said the Otago-Southland regional breakdown in categories were all in expansion, except for employment levels.

New orders were 70, production levels and deliveries of raw materials were 66.7, stocks of finished products were 53.3 but employment levels were down to 43.3.

"Many businesses in Otago and Southland are reporting difficulty finding skilled labour. Construction is crying out for skilled workers including project managers, quantity surveyors, carpenters and engineers."

IT professionals, intermediate and senior accountants were in good demand. In the health professions, physiotherapists were needed across the region.

Employers would like to see more New Zealanders coming out of tertiary institutions equipped with higher-level technical, trades, science and maths education, she said.

The association was supportive of employers being able to continue to go to the international marketplace for skilled labour. Some businesses relied on skilled migrant labour and did not want  immigration significantly  curtailed, she said.  In the region, food manufacturers producing stock for Christmas were busy as were manufacturers supplying the construction industry. Engineering companies were continuing to supply some significant projects for the construction industry and irrigation projects.

Manufacturers supplying the tourist industry with paua, rimu and textile products were reporting an increase in demand for their products, Mrs Nicholls said.BNZ senior economist Craig Ebert said the PMI result was encouraging, considering the closeness of the September 23 election.

While respondents submitted their views in early October, there views were in regards to how things were going through the course of September.

Of the minority of respondents citing a major factor on their business as being a negative one, about a quarter of those referred to the election. It was not a non-issue as such, he said.

The national employment index, along with Otago-Southland, fizzled out in September, down from 56 in July and August to 51 in September, he said.

"It’s tempting to see this as manufacturers pushing pause on their hiring as they await news on the form of the next New Zealand government. We note the PMI jobs index has been bouncing around viciously for the last six months or more, but with a reasonably positive average."

The other reason was manufacturers were still hunting for staff and they were reporting increased difficulty in finding them, Mr Ebert said.