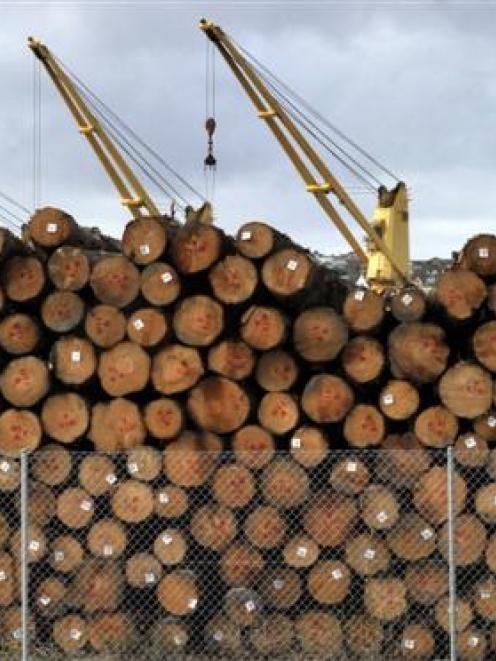 The plant closure was announced a year ago in April, because of an untenable 20% revenue decline for City Forests, with the loss of about 30 jobs and the 6-year-old plant's mothballing was to have been completed by September.

A combination of issues had forced the closure, including the high New Zealand dollar, escalating production costs, a dramatic decline in the United States housing market and flat or declining housing markets in New Zealand and Australia.

City Forests chief executive Grant Dodson was contacted yesterday and said Craigpine had leased the plant as a going concern, from last July.

While about 30 jobs were at stake, Mr Dodson said about 10 found employment with Craigpine and he understood most of the other 20 staff had found alternative employment.

''City Forests has increased our log supply to Craigpine as part of this arrangement which will see more logs processed in New Zealand,'' he said.

Craigpine chief executive Warren Conway was contacted, and said the 15-person Milburn plant was operating well, highlighting that cartage firms were ''contributing hugely'' to its success, in handling back-loads between Winton and Milburn, or other destinations on the way.

Reported export log prices are at their best since June 2011, up about 17% compared to a year ago. For April, prices were up a 6% for the month, according to a Forest Industry Engineering Association weekly update.

A warming US housing market and China sawmills importing logs to secure their volumes have been cited as driving the log prices. During the quarter to March, exports of logs, wood and wood articles rose 28% to $336 million, led by pine log exports. Logs to China were up 102%, or $74 million.

''We expect this strength to continue over the coming months as New Zealand becomes the largest supplier of logs to China. The recovery in the US housing market is also expected to underpin global demand for forestry products,'' Ms Leung said.

Before announcing the Milburn closure, Mr Dodson said the objective was for the smaller City Forests' operation to partner with a larger one to achieve economies of scale, and access a larger pool of production and marketing resources.

The timber industry has been volatile in the past five years, with massive swings in international demand and prices paid, causing many large and small sawmill and contractor closures, costing hundreds of jobs nationally.

Market buoyancy in the log trade is now reflected in growing log exports across Port Otago's wharves at Port Chalmers, up 250% on five years ago.

Mr Dodson said the log market was ''strong'' in New Zealand and for export.

Dunedin City Council-owned City Forests was having ''a profitable year to date''. He expected it to make a ''strong contribution'' to the Dunedin City Holdings financial result this year, which ends in June and will be reported in late September.

For its six months trading to December, City Forests posted total revenues of $18 million, an after-tax profit of more than $2 million and dividend to council of $1.2 million.

Mr Dodson said the overall changes at the Milburn plant were a ''positive outcome'' for City Forests and the region.

''A profitable solution was found for a plant that otherwise would have closed, more logs are being processed in New Zealand than before and a number of jobs were retained,'' he said.

City Forests also supplies logs to all the major wood processing plants around Otago and Southland, as well as export customers in South Korea.