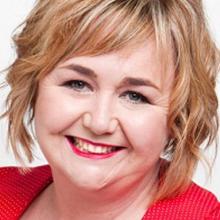 However, in defending the extension, Dr Woods made it clear changes are afoot for new exploration permits thorough its review of the Crown Minerals Act.

"This [NZOG] decision was the only decision available under the current policy settings and my advice is that a different decision could have resulted in a judicial review," a spokesperson from her office said in response to ODT questions.

Oil Free Otago spokeswoman Rosemary Penwarden was contacted and said although she was "disappointed" by the extension, she was encouraged Dr Woods recommitted to moving towards a low carbon economy.

"We’d still like to see a moratorium on all deep sea drilling," Ms Penwarden said.

The extension gives NZOG another year, until April 2019, to decide  whether to drill the Clipper prospect near Oamaru, or drop the permit it holds altogether.

"Extreme weather events are part and parcel of climate change and further drilling by NZOG will only make it worse. They have had enough free passes," Ms Penwarden said of the two permit extensions NZOG has now had.

Mrs Woods’ spokesperson said  the existing rules concerning those exploration permits were inherited from the previous government, and spelt out "the very strict criteria under which decisions have to be made".

"The Prime Minister has been clear that fossil fuels are not our future and that we need to see a just transition towards a low carbon economy. That’s where this Government’s focus will be," the spokesperson said.

There has been an exodus of major international oil companies from New Zealand during the past 18 months  because expensive test drilling around New Zealand cannot be supported by present oil prices.

NZOG has been looking for "farm in partners" for the past two years to fund a joint venture to drill the Clipper project, the  the target zones being 2500m to 3000m below sea level. Billion-dollar Monaco-based company Ofer Global recently paid $84million for a 67.5% stake in NZOG, but will not itself be funding any test drilling.