MP says Landcorp is 'out of touch' 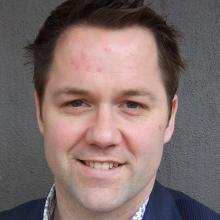 Hamish Walker
Landcorp has rejected a suggestion by Clutha-Southland MP Hamish Walker that it is "out of touch" with farmers.

Mr Walker contacted the Otago Daily Times after yesterday's primary production select committee meeting which he described as a "fiery one".

But Landcorp spokesman Simon King said the company did not agree with Mr Walker's categorisation of the exchanges "which from our perspective were, for the most part, well mannered".

Mr Walker said Landcorp - which now goes under its brand name Pamu Farms of New Zealand - submitted to the tax working group in support of an array of new taxes which rural lobby organisation Federated Farmers was strongly against.

It was also not opposed to a capital gains tax which was "beyond belief", Mr Walker said after the meeting.

"I told the Landcorp chair and chief executive they are the most out-of-touch organisation with farmers I've ever come across.

"The chair [Dr Warren Parker] did not think so, saying he has received many positive comments from farmers across the country.

"These new taxes will cost Landcorp millions of dollars each year and will result in nearly a 0% return to the shareholder, being the Government," he said.

At the meeting, Dr Parker said the just over $11,000 spent preparing its submission to the tax working group was "money well spent".

He said Landcorp was not asked to make a submission but did so because taxation and environmental policies were "material" to its business and future.

"Farmers out there don't have the luxury of the Government behind them paying for these items or the bills and cannot afford $20,000-$25,000 on average a year in new taxes, including a water tax, fertiliser tax, nitrogen tax, and emissions tax - not to mention a capital gains tax," he said.

Landcorp's submission was scattered through the tax working group's report but Federated Farmers recommendations were not included, he said.

When contacted for a response, Mr King said the company did not agree it was out of touch.

"We have thousands of people across our farms every year, including many farmers, and talk with many farmers around the country on a continuous basis.

"We are farming every day and we understand very well current operating environment and consumer and public expectation for higher standards of environmental performance and to adapt to changing weather conditions.

"We made the point at the select committee ... that we have received a lot of positive feedback and farmer visits supporting what we are doing."

The company had reiterated there was no pressure applied "political or otherwise" for it to make a submission to the tax working group.

Landcorp welcomed Mr Walker or any other member of the select committee to visit its farms and see first-hand how it farmed.

"We welcome constructive criticism as an organisation and are always working to improve our performance," Mr King said.

Last month, Landcorp declared a net profit after tax of $29million for the half-year ended December 31, an $8million increase on the previous corresponding period

. Ebitdar (earnings before interest, tax, depreciation, amortisation and revaluations) was a $3million loss compared to a loss of $6million in the prior period.