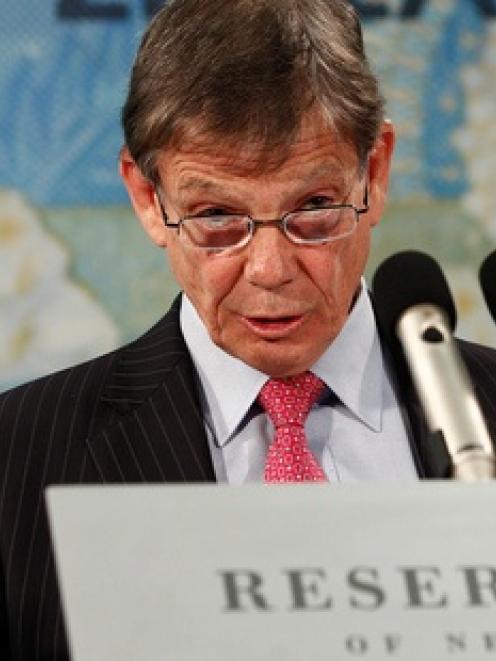 Reserve Bank Governor Graeme Wheeler has appeared before a Parliamentary select committee to answer questions about this morning's announcement.

Green Party co-leader Russel Norman asked if he agreed with assertions that the bank's actions would exacerbate the rental shortage in Auckland, hurting tenants as rents would rise.

"We don't see that rents are likely to rise significantly. They shouldn't rise, for example, if new owner-occupiers take the place of investors," Mr Wheeler said.

"There is a real opportunity, and an incentive, for owner-occupiers, and particularly first homebuyers, hopefully, to be able to take advantage of this."

Under the new rules to come into effect in October, but which the Reserve Bank expects the banks to honour immediately, property investors buying in the Auckland Council's territory will need a deposit of at least 30%. At present, only half meet that test.

The central bank said the danger of a sharp correction occurring in the Auckland market had increased since its November report and investors had been the key source of new demand in the city, accounting for about a third of new lending in the six months ended March 31.

Labour has called today's measures "unprecedented", and argue it shows the Reserve Bank realised the need to take action on the heated Auckland market, unlike National.

The party's finance spokesman Grant Robertson has said that today's restrictions would mean foreign speculators would face even less competition.

Mr Robertson asked Mr Wheeler whether he was concerned today's measures would create a loophole that would benefit foreign buyers, and if he knew how much of the market overseas buyers occupied.

Mr Wheeler said their rough estimate was around 10%, however there was a lack of information and a good dataset would be "very helpful".

"They are geographically dispersed - they are not all out of Asia in that sense - it includes New Zealanders living abroad, it also includes people who may intend to come here and live ... it just reinforces the point that it would be helpful to have the data.

"To the extent that there is less aggressive competition from investors, that gap could be filled by various parties. Hopefully we will see more first-home buyers, for example."

The Reserve Bank has stated it would like to see fresh consideration of possible measures to address the tax-preferred status of housing, especially housing investment.

Dr Norman asked if these measures included a capital gains tax. Mr Wheeler said the wording of that statement was deliberately unspecific and had been chosen carefully, and tax policy was an issue for the Government.

When pressed, Mr Wheeler agreed that capital gains tax was one of a range of possible policy measures the Reserve Bank wanted consideration of.

The new restrictions on Auckland lending won't apply to mortgages to build new houses or apartments.The bank hopes today's measures will trim 2% to 4% off house price inflation in the city compared with what it would otherwise be. But Auckland house prices climbed 9.5% in just the last three months.