No buyer found for Michael Hill's US business 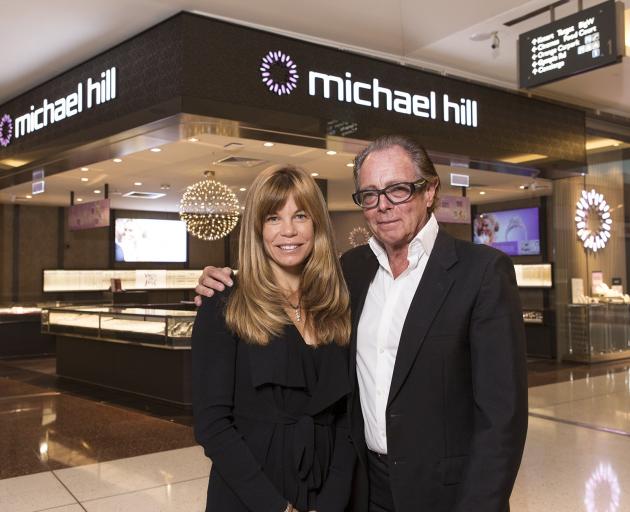 Sir Michael Hill and daughter Emma, now company chairwoman. Photo: Supplied
Michael Hill International said the exit from its US business is expected to cost $US4.5million ($NZ6.1million) for lease terminations and employee severance costs, after it was unable to find a buyer for the jewellery stores.

The jewellery chain decided to wind up its US business in January after a decade-long investment failed to build a profitable business. The company said all nine US stores would close around April 30 and the staff would be offered redundancy and support.

"Efforts to find a purchaser for the US business did not result in any satisfactory offers,'' Brisbane-based Michael Hill said in a statement to the New Zealand stock exchange.

Michael Hill, founded by its namesake with a single store in Whangarei in 1979, is this year pulling back from some of its recent expansions with the closure of its US business and repositioning and downsizing of its Emma Roe chain, with 24 of the stores to close at a cost of $A5.8million to $A7.9million ($NZ6million to $NZ8.3million).

Sales at Michael Hill stores in its continuing businesses in Australia, New Zealand and Canada increased 4.9% to $A441.6million in the nine months to March 31 as the company opened 15 new stores, taking the total to 314. Excluding new store openings, same-store sales rose 1%.

Six new Michael Hill stores opened in Australia, taking the total to 171, helping sales over the nine months increase by 1.7% to $A252.7million.

In New Zealand, two Michael Hill stores were opened, taking the total to 52, with sales lifting 4.3% to $NZ96.9million.

The dual-listed shares last traded at $1.16 on the NZX, having declined 15% over the past 12 months.